The End of War as We Know It

Elliot Cohen reviews The Utility of Force: The Art of War in the Modern World, a controversial new book by British General Rupert Smith. A key excerpt:

[T]he U.S. military still has a long way to go in adapting to the world in which it finds itself. On the walls in our war colleges still hang the portraits of Grant and Lee, the paintings of the Leyte Gulf and the massed bomber formations over the skies of Germany in 1944. In our curricula are Chancellorsville and Inchon. But these, Smith believes, are not only the wars of the past — they are the wars of a different era of conflict, and he has written his book to explore the patterns of new kinds of struggle.

The Israelis got a taste of this last summer, when they found themselves up against the Lebanese militia Hezbollah — a queer amalgam of light infantry equipped with the latest Chinese and Russian technology, local guerrillas, international terrorists, a social welfare movement and a political party, trained by Syrians and Iranians and backed by volunteers from all kinds of places, including Africa. The war was not over territory or a concrete dispute but over symbols; it took place in a densely populated area in southern Lebanon and northern Israel where the “villages” had the population of a concentrated suburb outside a large American city. This was a different kind of war for the Israelis, and it’s the kind of war we can expect too. To some extent, it is already the war we are experiencing in Iraq and Afghanistan.

This is both right as far as it goes and strongly missing the point. The British Army is a superb fighting force but a very small one (“smaller than the U.S. Marine Corps; the British defense budget costs less than the Pentagon’s research and development budget”) with a very limited mission. Yes, the United States needs to better be able to respond to counterinsurgency and stabilization and security operations, which will require a substantial reorganization of the force. At the same time, however, it has to remain capable of fighting major regional conflicts. 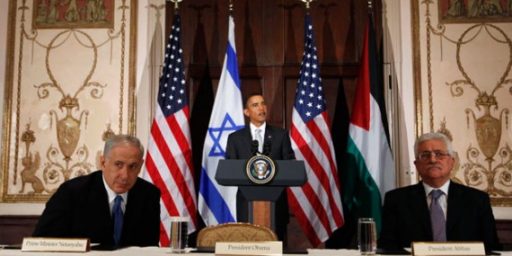