Craig Henry surveys two pieces from the recent “How to save the dying newspaper industry” meme that’s been going around and sounds a much more optimistic note than generally seen in the blogosphere.

He points to a February TIME piece by Walter Isaacson (“How to Save Your Newspaper”) that advocates a micropayment system.  While pretty much every blogger who wrote about this idea at the time scoffed at it, Craig observes, “That seems like a pipe dream today, but who knows about tomorrow? Television was once free, but now the average American spends hundreds of dollars each year for his cable or satellite subscription.”  That’s a good point, actually.

But what pay television offered that the free version didn’t was variety.  In the old days, most of us had the three networks (ABC, NBC, and CBS), plus PBS and a couple of local independents to choose from.  Adding just ESPN and CNN was a huge advance and the availability of movie channels like HBO and Showtime was just remarkable.   I’m not sure what the online news equivalent of this would be.

The second suggestion, via Mark Potts (“Editors as Curators: What’s Taking So Long?) is that editors could repackage their skills and rethink online newspapers as smart aggregators.

[N]ewspaper and TV sites still generally are trapped in their walled gardens, putting together their daily reports only from the sources they pay for: their own reporters, maybe some wire and syndicated copy and photos, and that’s about it.

On the Web, you’re not limited only to the content you own. You can create a rich, deep package for your readers on any subject by linking to outside sources—background, context, documents, data, video, discussions, blogs, user-generated content, etc. Even, shudder, good stuff from competitors. But with very few exceptions, this is done only tentatively, if at all, at the vast majority of news sites.

Craig calls this “a really smart idea/model” and wonders, “Can the culture of the newsroom support it? Or does a version of the Not Invented (Created) Here syndrome work against it?”

I’d argue, though, that bloggers are pretty much doing this already and for free.  It’s Glenn Reynolds‘ bread and butter, of course, but even bloggers that aren’t primarily linkers tend to serve as aggregators.  Matt Yglesias, Andrew Sullivan, and other general interest bloggers provide links to dozens of stories of interest to their readers a day and niche blogs like Small Wars Journal are, in additional to a source of original commentary and analysis, smart aggregators of the most important articles and discussions on their topics taking place elsewhere.

So, yes, this is a good model for attracting eyeballs on the Web.   But, since thousands of people are doing it for free — and hundreds are doing it well — I’m not sure how that translates into an effective business model for saving newspapers. 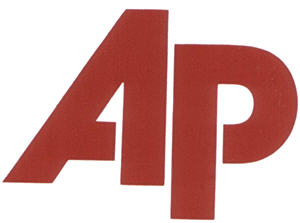