THE MOTHER OF ALL SANDSTORMS

WaPo has an interesting piece on reactions to the big sandstorm in Iraq:

To Mohammed, the relentless sandstorm was foreboding, a portent of divine will.

“The storm is from God,” he said, looking out his trembling window. “Until the aggression started, never in my life did I see a storm like this. We all believe in God, we all have faith in God. And God is setting obstacles against the Americans.”

Little does Mohammed know but the American military is actually helped by the sandstorms, in that we have far better technology with which to see through it than our Iraqi counterparts. It is one humdinger, though: 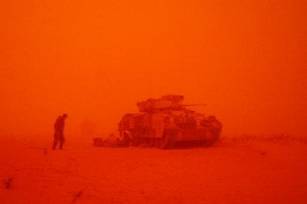 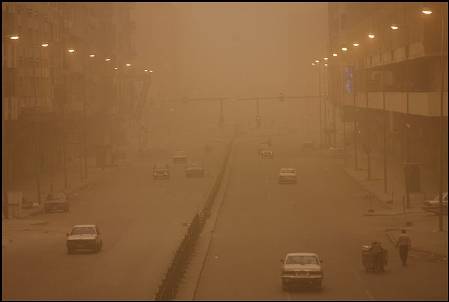