THE POLLS OF WAR

THE POLLS OF WAR: Not surprisingly, a new poll finds strong support for the war.

A majority 62 percent of the adults surveyed on Thursday night think the United States was right in starting military action, while 35 percent said the United Nations and the weapons inspectors should have been given more time.

My guess is those numbers will improve even further if the war continues to go as smoothly as it has begun. Much higher if we indeed find large stashes of weapons. The rest of the poll results are bizarre, but then it is public opinion we’re measuring:

The CNN/USA Today/Gallup poll asked the public whether they experienced a series of emotions on hearing the news that the United States was going to war. In response, 83 percent said they felt confident; 65 percent felt proud; 63 percent reacted with sadness; 56 percent were worried; and 34 percent were afraid.

Americans were divided on whether the beginning of hostilities against Iraq matched their expectations of the start of the war. In the Times/CBS News poll, 49 percent said it started much as they expected and 44 percent thought it would have begun differently.

Whatever the hell that means. 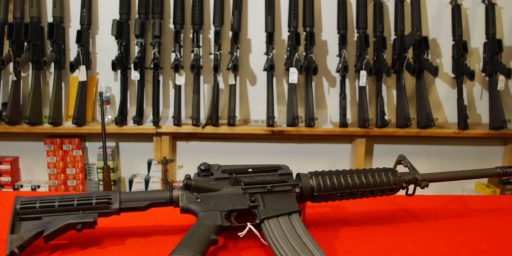