The Rockefeller Letter on NSA Spying

Josh Marshall has a copy of a July 17, 2003 letter from Senator Jay Rockefeller, ranking member of the Intelligence Committee, to Vice President Dick Cheney raising concerns about the NSA spying program. Most notably, he notes that he is “neither an technician or an attorney.”

This increases my sense that Kevin Drum is right when he observes, “It seems clear that there’s something involved here that goes far beyond ordinary wiretaps, regardless of the technology used. Perhaps some kind of massive data mining, which makes it impossible to get individual warrants?”

I have no reason to believe anything nefarious is going on here; indeed, I very much doubt it. But the president could easy have gotten approval from Congress in the aftermath of 9/11 to expand his ability to wiretap suspected al Qaeda terrorists operating domestically. The facts that AG Gonzales has dubbed this “probably the most classified program that exists in the United States government” and that the NYT held onto the story for over a year and then removed certain “technical details” [*] also speaks to the likelihood that this program involved some cutting edge technologies that the government would just as soon not have our enemies know about.

[*] Update: In going back to source this, I see that my memory was faulty. Here’s the quote: 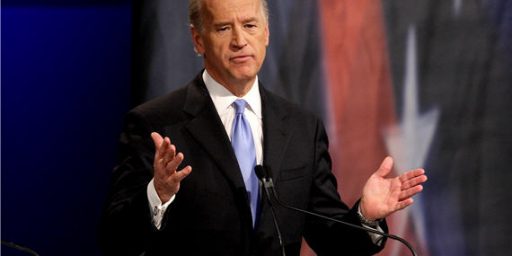