There Is No Such Thing as Europe

The English-speaking and Scandinavian countries are very different. 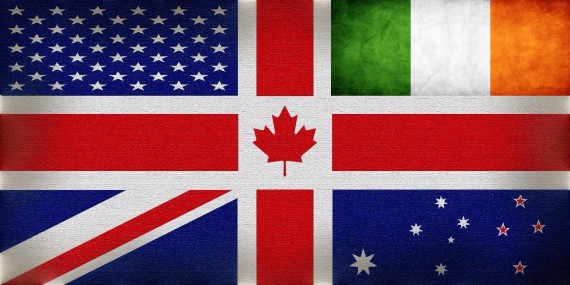 French anthropologist Emmanuel Todd argues “There is no such thing as Europe” because the English-speaking and Scandinavian countries are so culturally different from the rest of the Continent. Daniel Hannan argues that, therefore, the UK should leave the EU and strengthen its ties with the Anglosphere.

One of this blog’s constant themes is that Britain is shackled to a corpse: the EU is the only trade bloc on the planet that is not growing economically.

It’s important to understand that this decline is not a temporary blip. Although the euro crisis has accelerated Europe’s slide, the underlying problem is demographic. Put simply, fewer and fewer youngsters are supporting more and more retirees. Europe’s working age population peaked in 2012 at 308 million, and will fall to 265 million by 2060. The ratio of pensioners to workers will, according to The Economist, rise from 28 per cent to 58 per cent – and even these statistics assume the arrival of a million immigrants every year.

However, as Emmanuel Todd explains (in English) in the clip above, these figures gloss over the variations within the EU. Britain and Scandinavia enjoy better demographic prospects than do most Continental countries. Todd says that he sympathises with the British dilemma: after all, there will soon be more people in the Anglosphere than in the EU. He doesn’t exactly use the phrase “enchaînés à un cadavre”, but you get his point.

Emmanuel Todd, incidentally, has a pretty good claim to being France’s leading anthropologist. Among other things, he has developed the idea that Anglosphere exceptionalism – our peculiar emphasis on liberty and property, our elevation of the individual over the collective – has its roots in different family structures. The family, he avers, is understood in much narrower terms in English-speaking societies (plus Normandy, Scandinavia and the Netherlands). To us, it means parents, children and siblings. Elsewhere, families are considered more than the sum of their individuals, and have a measure of collective personality in law as well as in custom.

In their seminal book America 3.0, James C. Bennett and Michael J. Lotus draw heavily on Todd’s researches to explain why free-market capitalism developed in places where families are nuclear and limited. But that’s another story. For now, take a couple of minutes to listen to Todd’s eminently reasonable analysis. And then try to tell me that we should stay in the EU.

That the Anglosphere has a strong cultural affinity and have more in common with one another than with most of Continental Europe is hardly a new idea. And I was aware that part of the distinction is a different notion of the relationship between the citizen and the state. That this stems from different family structures—and, indeed, a different conception of what family even means, is something I had not previously considered. That the combined Anglosphere will soon surpass Continental Europe (which Todd defines, reasonably I think, as excluding Russia and Ukraine) in population is interesting as well.

But it’s not obvious how any of that effects the UK’s long term future in the EU. While I’m both a Euroskeptic and share Hannan’s affinity for the Anglosphere, the two are not mutually exclusive positions. The UK should absolutely build even stronger ties with the US, Canada, Australia, and New Zealand; if Scotland becomes independent, it should nonetheless remain integrated into the Anglosphere. But EU membership doesn’t preclude any of that. As Todd acknowledges, the UK is incredibly dependent on trade with the other EU states. Access to the Common Market is a tremendous boon and one that doesn’t cost the UK anything vis-a-vis its relationship with the other Anglosphere states.

The question for London is whether the economic benefits of EU membership is worth the costs in sovereignty and backstopping of the weaker states. The answer there is much less clear. But I don’t see how it’s informed by Todd’s analysis.

Editor’s note: I’ll be in meetings most of the day and therefore limited in ability to participate in the discussion.