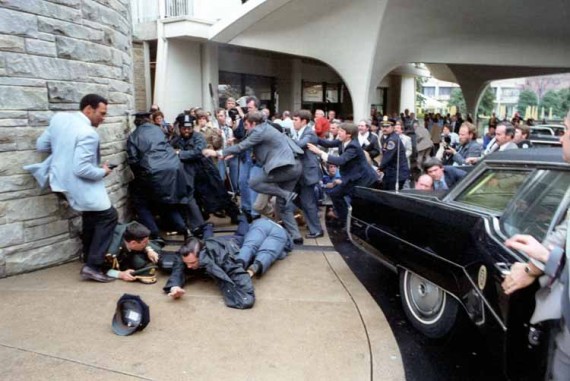 Thirty years ago today, at precisely 2:27 pm, President Reagan was shot as he left the Washington Hilton after a speech. It was an era before the Internet and widespread cable news coverage, so most Americans got the news this way, notice that the original reports indicated that Reagan had not been hit, but that quickly changed:

Reagan himself talked about the assassination attempt several years later with Larry King:

And, The Washington Post posted this video of interviews with several reporters and Secret Service agents who were on the scene that day.

I remember coming home from school that afternoon, hearing the news, and spending the rest of the day watching television. It was, like the Challenger explosion five years later, a surreal and unforgettable experience.