Can a country entry reap the benefits of the connected age while successfully tying down the Internet? 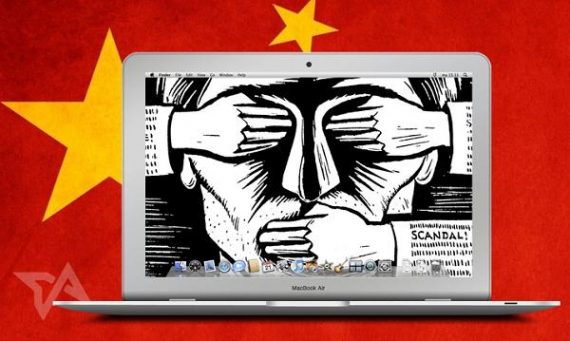 Can a country entry reap the benefits of the connected age while successfully tying down the Internet? That’s what China is attempting, and as an expat living the last three years in Shanghai, my family and I are a daily part of that experiment.

Just in case anyone here is still living way back in the twentieth century, let me destroy any illusion that a modern economy can function without the internet. As an employee of a Fortune 500 multinational I need to use connectivity in every single facet of my daily life, from submitting or approving expense reports to accessing suppliers product offerings ( if a company was formed in the last ten years it probably doesn’t even have a printed catalog). Chinese corporations are no different in their need to communicate electronically with their suppliers and customers. So how can China have made such huge economic strides while simultaneously trying to lock down the entire internet?

Their solution makes life… interesting. It turns out that very little web activity is actually banned here. Day to day control is much more passive aggressive but still very pervasive. For example, one night at a brewpub I met three expats who turned out to be the China marketing department for an online game that most readers here would recognize. Very popular in China, but the government is concerned about youth playing video games rather than studying. They told me that in order to prevent their access to the market being cut off they worked out a deal. So today, if you are connected to a Chinese server, after 2 hours of play in a single day your connection will start to slow down, at 4 hours it slows again so as to be just this side of unusable and at 6 it cuts off cold. At no point is there a warning or message indicating anything has happened so most people will just think it is their internet provider, or their computer. They don’t get angry at the government.

Another example of the censor’s passive aggressiveness: one day at the lunch table I heard one of my colleagues say “… and that’s a three minute word”. It turns out he was an experimenter who likes to characterize the censor’s handiwork. When you typed that word into your browser, it would cut off your internet connection completely for 3 minutes. Again, no warning, no message and you might think it was just one of many failures of the connected world. Other words cause a temporary slowdown rather than a drop, or if the word is sufficiently “bad” it may cause a longer drop out and maybe an alert to an actual human censor rather than the automated programs that do the bulk of the monitoring.

You may have heard that Gmail has finally been completely blocked in China and that is true, but is only the end of a long story. Several years ago when Google refused to give the Chinese government access to subscriber records, the first step in retaliation was to slow down access. Loading your gmail involved a lot of sitting and looking at the spinning wheel. And not just gmail. Every few times you did a Google search the results page would just not show up. Do it again and it would. After a couple of years of this the problem frequency began to creep up So a year ago, every other time you tried to visit the gmail page you got a message that said “server not responding”. And around this time Google search was completely blocked. The frequency of failed results got to the point where it simply never worked.

If you think about how this works, with the gradual tapering off, most users would probably just said “hmm, this gmail isn’t all it’s cracked up to be”. Sophisticated users would know that the government was behind it and perhaps they would want to stick to gmail. And for these users there was a workaround – for the past couple of years you could access your gmail account by registering it with Apple Mail or Yahoo Mail or something similar. Those engines retrieved and sent the mail for you and you read it in their application or web site. Only fairly sophisticated users would think to do this though.

And then a few months ago even this disappeared. The IP address the third party apps use to query Google has been blocked. And of course Google search has been blocked for a while. For an added bonus Google Maps doesn’t work either.

And of course, it’s not just Google. Given my family’s pathetic Mandarin and our interests, virtually everything we do requires accessing western sites. Among the ones that have been blocked are YouTube, the NY Times and more recently the Washington Post. But Andrew Sullivan is now blocked, and IMDB and TV.com. Outside the Beltway has been intermittently blocked for the last six months or so. Twitter, Facebook, certain US government sites. I could go on and on.

One way around this is to use a VPN, a Virtual Private Network. This software gets added to your computer or device and sits in between you and the internet. No matter what address you type into your browser it gets encrypted and sent to the VPN server, which is usually located in the US or other friendly country. That server makes the actual request for whatever web page you asked for, gets the results, encrypts it, and sends it back. To the Chinese monitors it is just a stream of nonsense sent back and forth to a single web address. Or at least that’s the theory. But I’ve tried using some very good and fairly expensive VPN’s and find these are frequently completely blocked and I ended up spending half my online time in secret communication with the VPN hosts trying workarounds and new IP addresses to little avail. So right now my whole family is using a cheap but ubiquitous VPN. Up until recently it worked fairly well. But I have to wonder: why does the Chinese government let this cheap one go through but block the heavy duty ones? I don’t have any evidence, but I know that an effective way to monitor people (rather than simply block them) would be to steer them to a VPN that was under my control. And if they want to do more than just monitor, say around the anniversary of a certain event, I would make it tougher and tougher to connect. Sure enough, whenever that significant anniversary comes around it becomes harder and harder to connect and stay connected to the VPN.

But in recent days even this window to the world has gotten worse and worse. My families evening activities consist of lots of dropped connections, going to the system settings for the VPN’s, editing them to land in a new landing location (this is the place where the VPN makes it appear you are located. As an amusing aside, the ads that show up in my browser might advertise for restaurants in Boston, LA, NY, Singapore, or Toronto depending on what “landing site” I chose). We make the changes and wait to see if we reconnect. Again. And again. Calls of “which hotspot are you using” echo throughout the house. And anyone who has teenagers can easily imagine how panicked these cries can become. So on our most frustrated days my family agrees that although we well miss many things when we finally leave, the joy of putting the Great Firewall behind won’t be one of them.

MarkedMan, a longtime commenter at OTB, is an American businessman living in China.