It's not a given that we'll have a massive recovery during the next presidential term but it's a pretty decent bet. And the party in power will get too much credit for it if it happens. 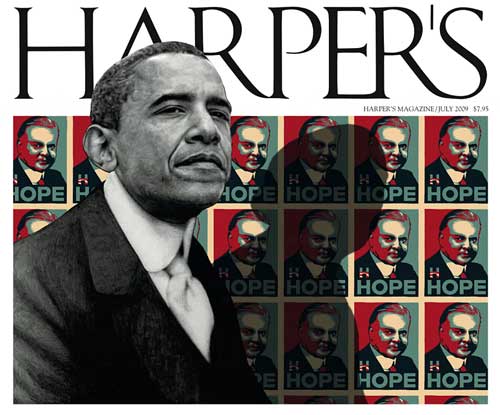 Ezra Klein makes a very salient point about the potential impact of the 2012 election on America’s two political parties.

Obama didn’t enter office at the right time to be FDR or Hoover. FDR was inaugurated in 1933 — more than three years into the Great Depression. The year before he took office, the country’s economy contracted by more than 13 percent and unemployment reached 23.6 percent. The suffering was pinned on his predecessor, and it had gone on long enough that a boom was in the offing — a boom that came, right on schedule, in 1934, when the economy grew by more than 10 percent. No wonder FDR was grinning.

Obama, by contrast, entered office as the crisis was peaking. The worst period of the crisis would prove to be the fourth quarter of 2008 and the first quarter of 2009, which mostly passed before Obama assumed the presidency, but which only showed up in the unemployment numbers months later. By the end of 2009, the Obama administration and the Federal Reserve had the economy growing again. But the damage done in 2008 and early 2009, which shot unemployment to 10 percent, nevertheless manifested on his watch.

And because a recovery is likely within five years — if it doesn’t happen, we’re sunk — whichever party wins the White House in 2012 is likely to get the credit, and so too will its policy agenda.

“Imagine someone like Rick Perry gets in and makes very dramatic changes in policy, like repealing health-care reform,” says Seth Masket, a political scientist at the University of Denver, “and then the next year the economy improves for reasons not related to the policies. Those policy shifts will nevertheless get the credit. And Obama’s approach will be discredited for a very long time.”

It’s not a given that we’ll have a massive recovery during the next presidential term but it’s a pretty decent bet. And Klein’s right: the party in power will get too much credit for it if it happens.

FILED UNDER: Campaign 2012, Economics and Business, Quick Takes, US Politics