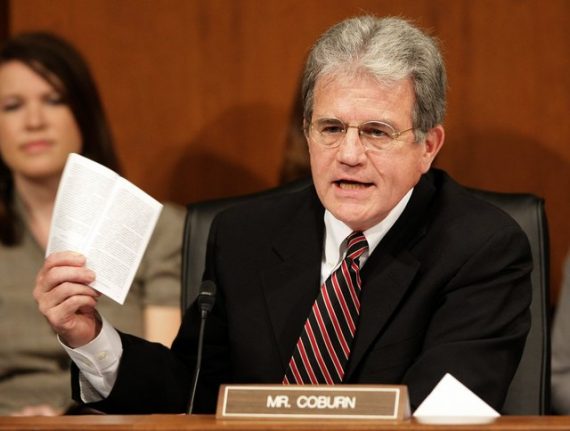 In a must-read Washington Post op-ed calling out his fellow Senators for failing to act on a budget deal, Oklahoma Senator Tom Coburn crosses a Republican Rubicon:

Getting there, however, will require the Senate to put forward specific solutions and win public support for serious entitlement reform and tax reform

Coburn is right, of  course, both politically and economically.