California is about to ban private ownership of ultrasound machines on the unlikely grounds that Tom Cruise will set a trend.

The California Assembly has voted to restrict the use of ultrasound machines for personal use, approving a bill that would allow them to be sold only to licensed professionals. Democratic Assemblyman Ted Lieu introduced the bill after “Mission: Impossible III” star Tom Cruise bought an ultrasound machine to see images of his unborn child. The actor’s fiancee, Katie Holmes, gave birth to the couple’s daughter, Suri, last month in Los Angeles.

Doctors and technologists typically receive years of training to perform ultrasound exams, which help obstetricians check a baby’s health. Cruise was criticized by doctors who said improperly using the devices can harm a fetus. Lieu said his bill was intended to prohibit copycats from using the devices at home. An ultrasound machine listed on the online auction site eBay was selling for $5,500 Wednesday. “What we don’t want is someone who unintentionally damages the fetus,” Lieu said Thursday on the Assembly floor.

Who, aside from a crazy Hollywood actor with more money than brains is likely to buy an ultrasound machine for private use? 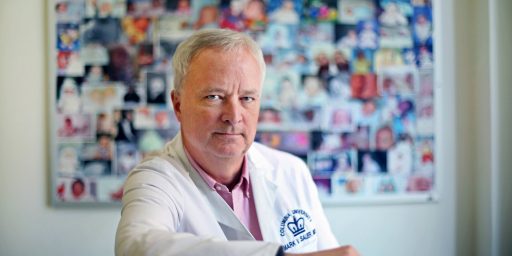