Upon seeing the headline, “Tom Cruise Hires Publicist to Replace Sister,” I simultaneously thought that was very insensitive of Cruise and wondered whether this was a trend that would catch on. After all, lots of people don’t like their sisters and other relatives and many could probably use a publicist. The real story is less juicy, unfortunately.

Tom Cruise has replaced his sister with a Hollywood insider as chief handler of his publicity. The 43-year-old actor hired veteran publicist Paul Bloch, who’s also a co-chairman for publicity firm Rogers & Cowan, according to the Daily Variety trade paper. Bloch also will oversee publicity for the actor’s production company Cruise-Wagner Productions.

Bloch replaces Cruise’s sister, Lee Anne DeVette, who took over as his publicist in March 2004 after he left longtime representative Pat Kingsley. “Lee Anne has done a wonderful job on behalf of myself and Cruise-Wagner Productions over the last few years,” Cruise said in a statement. “But she has always expressed a desire to oversee and expand the day-to-day activities of my charitable endeavors.”

The shakeup comes after Cruise generated some negative publicity earlier this year by criticizing Brooke Shields for taking anti-depression drugs and by berating “Today” host Matt Lauer for suggesting that psychiatric treatment might help some patients. He also created a sensation on “The Oprah Winfrey Show,” when he got down on his knees and repeatedly jumped up on the talk-show host’s couch, saying his love for actress Katie Holmes was “beyond cool.”

I’m afraid that 43-year-old men who have been in the public eye since they were teenagers and haven’t figured out for themselves that doing these things might hurt their image need more than a good publicist. 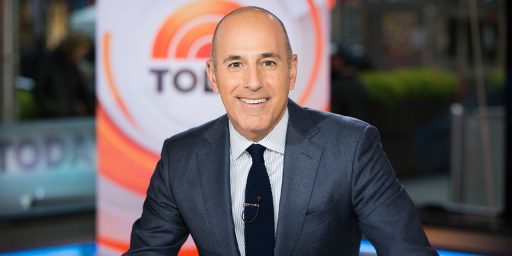