Taegan Goddard passes on word that Tom Ridge, once Pennsylvania’s governor and putatively contemplating running for Arlen Specter’s seat representing that state in the Senate, is a resident of Maryland for the purposes of federal tax and lobbying filings.

Do these sort of things matter in statewide elections?   Is anyone otherwise disposed to vote for Ridge going to be dissuaded by the notion that he’s a carpetbagger?

Rather obviously, Ridge has strong ties to Pennsylvania.  But he moved to Washington for the Homeland Security post a few years back and stayed in its suburbs to cash in as a lobbyist.  Obviously, he’s not going to commute from Pennsylvania to K Street every day.

Rick Santorum represented Pennsylvania in the Senate while living in Leesburg, Virginia; at least Maryland and Pennsylvania are contiguous. Indeed, most Senators and Representatives reside in DC or its suburbs, maintaining their legal residence in their home states only as legal fictions.

George H.W. Bush spent years in Texas before moving to DC but maintained his “Texas” residency by virtue of a Houston hotel room.  Dick Cheney ran for Vice President from Wyoming, where he grew up and which he represented in the House of Representatives, even though he was living in Texas running Haliburton.  Hillary Clinton was twice elected to the Senate from New York even though she came from DC via Arkansas via Chicago.

Bret Stephens Warns of the “Ukrainianization” of American Politics 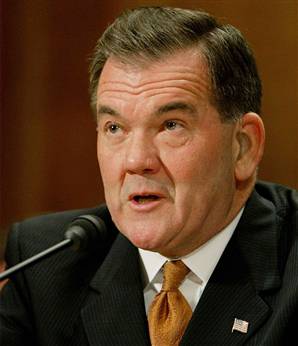