After initially praising the completion of a trade deal with South Korea, President Trump is now suggesting he may withhold final approval contingent on progress on talks with North Korea. This makes no sense whatsoever. 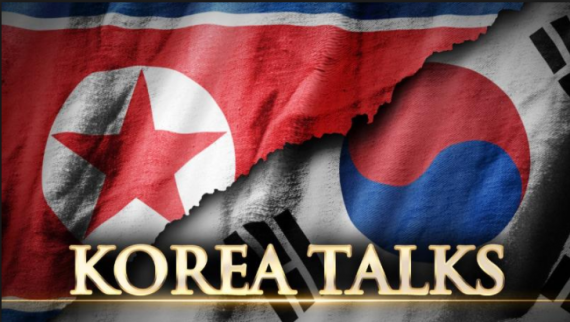 For some reason, President Trump is tying final resolution of a trade deal with South Korea to progress on negotiations with North Korea:

SEOUL, South Korea — South Korea settled disputes with the Trump administration over steel tariffs and the revision of a free-trade agreement this week. With those stumbling blocks cleared, it hoped the two governments could focus on the more pressing crisis of North Korea’s nuclear weapons.

As it turned out, South Korea was celebrating too early.

On Thursday, President Trump said he might postpone finalizing the trade agreement with South Korea, which he had earlier described as “a wonderful deal with a wonderful ally,” until he secured a deal in denuclearizing North Korea.

By tying a trade deal with South Korea to progress in denuclearizing North Korea, Mr. Trump is showing how little direct leverage Washington has over the isolated, nuclear-armed North just as South Korea and the United States prepare for talks with Kim Jong-un, the North’s leader.

Instead, analysts say, Mr. Trump has been left to exert leverage on South Korea, which is taking the lead in orchestrating the talks, and the South’s president, Moon Jae-in.

“Things are not going as Trump has wished for, so he is twisting South Korea’s arms so that Moon will work for the kind of results Washington wanted when he meets with Kim Jong-un,” said Koh Yu-hwan, a professor of North Korean studies at Dongguk University in Seoul, the South Korean capital. “Like the businessman he is, Trump is telling Moon, ‘I will pay you — when you produce the results.’ ”

Mr. Trump’s maneuvers against South Korea have hardened his image as a leader who is ready to threaten or sideline allies in order to push his agenda.’

Previous United States administrations used the military alliance that South Korea depends on for its security as leverage in securing American interests in trade and other negotiations, but they did so in low-key negotiations, South Korean officials said. Mr. Trump has made much of that process public.

“Trump does not separate security from trade; they are all part of his pack of cards, while Moon tended to see them as separate issues,” said Shim Sang-ryul, a professor of international trade at Kwangwoon University in Seoul.

But Mr. Trump’s decision to link the trade deal with South Korea to a breakthrough in denuclearizing North Korea shows a growing unease in Washington, analysts said. Washington fears that Seoul might drift from their alliance and move closer to Beijing, while Mr. Trump feels his approach to North Korea is being undermined in the wake of a flurry of diplomatic initiatives by Mr. Kim in recent weeks, especially his meeting this week with China’s president, Xi Jinping, analysts said. (On Thursday, North Korea released an English-language version of a documentary of the trip.)

Right off the bat, Trump’s announcement that he might pin final resolution of a trade deal with our South Korean ally to progress in talks with North Korea seems bizarre. As someone jokingly (I think) noted on Twitter after the speech on Thursday where Trump brought this up, one almost wonders if he realized at the time that North and South Korea are different countries and that the one to the south has been a loyal and steadfast American ally for sixty years. That was only a joke, of course, but there seems to me to be no plausible reason for why Trump would tie an agreement that both the United States and South Korea have worked hard to negotiate, and which Trump himself was praising just a few days prior to the speech, to something that, in the end, that South Korea has no real control over. If talks with the DPRK are going to succeed, and that is a huge “if” for the many reasons I’ve stated in the past, it’s going to be because of the agreements that the United States and North Korea are going to be able to reach. What that has to do with the trade deal with South Korea is something that can’t logically be explained.

As Daniel Larison notes, what’s particularly outrageous about this is the callous manner in which Trump is treating a loyal ally:

Whatever one thinks about the merits of KORUS, this is a bad way to treat an ally. It is even worse when we remember that this is the ally that has gone out of its way to do the diplomatic work that the U.S. could not or would not do. There would be no diplomatic track to speak of with North Korea were it not for the efforts of President Moon, and Trump repays him with a very public threat of extortion. Presumably he hopes that he can force South Korea to make more concessions while the standoff with the DPRK is ongoing, and this amounts to using a security threat against an ally to extract economic benefits from them. That’s shabby behavior and even worse alliance management. It puts short-term gain ahead of a decades-long relationship with a major treaty ally.

As Larison goes on to note, this swipe at a nation that has been a loyal ally for sixty years, even during times when domestic pressures inside the country seemed to argue in favor of a more independent position on the part of the Republic of Korea, is the way that it demonstrates that Trump doesn’t have the slightest understanding of how alliances work, and doesn’t understand how the talks with North Korea will have to go if they are going to have even the slightest chance at being successful. Put simply, there is no plausible link between the trade deal with South Korea and pursuing some kind of agreement with Kim Jong Un regarding his nuclear weapons and ballistic weapons programs. Additionally, there are good reasons to enter into this trade deal for both the U.S. and South Korea, holding it hostage to talks with the north that may or may not succeed makes no sense whatsoever. This is especially true if the United States enters into these discussions continuing to insist that the ultimate goal will be the seemingly impossible and at the very least unlikely goal of denuclearizing North Korea.