A shocking and yet completely unsurprising development.

The President has used his plenary power to commute the 40-month prison sentence of his longtime advisor for lying to Congress. People are understandably outraged.

The NYT (“Trump Commutes Sentence of Roger Stone in Case He Long Denounced“):

President Trump commuted the sentence of his longtime friend Roger J. Stone Jr. on seven felony crimes on Friday, using the power of his office to spare a former campaign adviser days before Mr. Stone was to report to a federal prison to serve a 40-month term.

In a lengthy written statement punctuated by the sort of inflammatory language and angry grievances characteristic of the president’s Twitter feed, the White House denounced the “overzealous prosecutors” who convicted Mr. Stone on “process-based charges” stemming from the “witch hunts” and “Russia hoax” investigation.

The statement did not assert that Mr. Stone was innocent of the false statements and obstruction counts, only that he should not have been pursued because prosecutors ultimately filed no charges of an underlying conspiracy between Mr. Trump’s campaign and Russia. “Roger Stone has already suffered greatly,” it said. “He was treated very unfairly, as were many others in this case. Roger Stone is now a free man!”

The commutation, announced late on a Friday, when potentially damaging news is often released, was the latest action by the Trump administration upending the justice system to help the president’s convicted friends. The Justice Department moved in May to dismiss its own criminal case against Mr. Trump’s former national security adviser Michael T. Flynn, who had pleaded guilty to lying to the F.B.I. And last month, Mr. Trump fired Geoffrey S. Berman, the United States attorney whose office prosecuted Michael D. Cohen, the president’s former personal lawyer, and has been investigating Rudolph W. Giuliani, another of his lawyers.

This may shock some of you but CNN has found the statement chock-full of lies (“Debunking 12 lies and falsehoods from the White House statement on Roger Stone’s commutation“). Given the length, I’ll leave it to interested readers to click through.

The Washington Post Editorial Board has declared “Trump’s commutation of Roger Stone’s sentence is an unforgivable betrayal of his office.”

THERE ARE no doubt thousands of people in federal prison who deserved a presidential commutation more than Roger Stone. But after President Trump’s intervention on Friday, Mr. Stone will serve none of his prison sentence. The president may have had the power to help his longtime friend. But that does not make it any less a perversion of justice — indeed, it is one of the most nauseating instances of corrupt government favoritism the United States has ever seen.

There is no doubt about Mr. Stone’s guilt. During the 2016 presidential campaign, he tried to play intermediary between WikiLeaks, which had become a front for the Kremlin, and the Trump campaign, which reaped the benefits of WikiLeaks’s publication of stolen Democratic emails. A jury concluded that Mr. Stone obstructed Congress, lied to investigators and tampered with a witness in the investigations that followed the 2016 race — “covering up for the president,” as the judge in his case noted.

Though Attorney General William P. Barr moved to reduce Mr. Stone’s sentencing recommendation after conviction, even he called the case against Mr. Stone a “righteous” prosecution. He was sentenced to 40 months in prison and was due to surrender on Tuesday — thus prompting Mr. Trump’s Friday night action.

As Mr. Trump discussed granting clemency to his criminal friend, Mr. Barr publicly defended the sentence, perhaps to prevent a mutiny among Justice Department staff who signed up because they believe in the rule of law, not the arbitrary rule of an unusually petty man in the White House.

Now, the department’s career investigators and prosecutors must absorb yet another insult to their profession from political leaders who abuse their trust. We can only sympathize with their impossible position. A Justice Department brain drain would only reduce fairness and competence in federal law enforcement. It would no doubt take years of rebuilding to reattract the talent that Mr. Trump’s rule has already repelled from the department, let alone to replace a late-term exodus of staff. Yet we can blame no one in the Justice Department for misgivings or feelings of complicity with a wayward presidency. We hope that the coming presidential election will soon offer them — and the nation that relies on them — relief.

The United States is supposed to be a place in which laws apply equally to all. And while it never has — and never will — live up to that ideal in full, no modern president before Mr. Trump has so clearly renounced it. The president seems to be doing his best, within the confines of the U.S. constitutional system, to emulate the gangster leadership of Russian President Vladimir Putin, a man whose ruinous reign Mr. Trump has always admired. If the country needed any more evidence, Friday confirmed that the greatest threat to the Republic is the president himself.

Jonathan Bernstein goes further still at Bloomberg (“What Could Be More Impeachable Than Clemency for Roger Stone?“):

By commuting the prison sentence of Roger Stone, President Donald Trump has made his contempt for the rule of law plain for all to see. Clemency for a crony convicted of interfering with an investigation of presidential malfeasance is a flagrant abuse of power. President Richard Nixon wasn’t willing to pardon the Watergate criminals who broke into Democratic Party offices in the run-up to the 1972 presidential campaign because he knew how bad it would look; the evidence that Nixon hinted at clemency for his convicted associates was part of the reason he was eventually forced to resign or face certain impeachment by the House of Representatives and conviction and removal by the Senate.

There’s a lot more there but that’s the nub.

The problem with all of this is that the Nixon analogy just doesn’t hold. Nixon was never impeached, although he surely would have been had he not resigned his office. Trump, by contrast, has already been impeached by the House and acquitted by the Senate. There is, therefore, no case left for Trump to interfere.

Are clemency and pardons for politically-connected felons an affront to the rule of law and the notion of equality before the law? Absolutely.

They are, alas, rather commonplace and bipartisan.

Barack Obama issued several controversial pardons and commutations but none in which he had a conflict of interest (unless one counts Marine General “Hoss” Cartwright, which I wouldn’t).*

Trump has already, in my judgment, abused his pardon power multiple times before now. It is, however, a plenary one and, while the House can theoretically impeach a President for anything it wants to, it’s hard to argue that it’s a High Crime to commute the sentence of a former associate for lying in a matter that’s already resolved.

Sure. But that’s par for the course with this President.

*UPDATE: Jonathan Turley lists plenty of other examples in “Why this Roger Stone commutation is not as controversial as some think.”

Thomas Jefferson pardoned Erick Bollman for violations of the Alien and Sedition Act in the hope that he would testify against rival Aaron Burr for treason. Andrew Jackson stopped the execution of George Wilson in favor of a prison sentence, despite the long record Wilson had as a train robber, after powerful friends intervened with Jackson. Wilson surprised everyone by opting to be hanged anyway. However, Wilson could not hold a candle to Ignazio Lupo, one of the most lethal mob hitmen who was needed back in New York during a mafia war. With the bootlegging business hanging in the balance, Warren Harding, who along with his attorney general, Harry Daugherty, was repeatedly accused of selling pardons, decided to pardon Lupo on the condition that he be a “law abiding” free citizen.

Franklin Roosevelt also pardoned political allies, including Conrad Mann, who was a close associate of Kansas City political boss Tom Pendergast. Pendergast made a fortune off illegal alcohol, gambling, and graft, and helped send Harry Truman into office. Truman also misused this power, including pardoning the extremely corrupt George Caldwell, who was a state official who skimmed massive amounts of money off government projects, like a building fund for Louisiana State University.

Richard Nixon was both giver and receiver of controversial pardons. He pardoned Jimmy Hoffa after the Teamsters Union leader had pledged to support his reelection bid. Nixon himself was later pardoned by Gerald Ford, an act many of us view as a mistake. To his credit, Ronald Reagan declined to pardon the Iran Contra affair figures, but his vice president, George Bush, did so after becoming president. Despite his own alleged involvement in that scandal, Bush still pardoned those other Iran Contra figures, such as Defense Secretary Caspar Weinberger.

Bill Clinton committed some of the worst abuses of this power, including pardons for his brother Roger Clinton and his friend and business partner Susan McDougal. He also pardoned the fugitive financier Marc Rich, who evaded justice by fleeing abroad. Entirely unrepentant, Rich was a major Democratic donor, and Clinton had wiped away his convictions for fraud, tax evasion, racketeering, and illegal dealings with Iran.

Unlike many of these cases, there were legitimate questions raised about the Stone case. The biggest issue was that the foreperson of the trial jury was also actually a Democratic activist and an outspoken critic of Trump and his associates who even wrote publicly about the Stone case. Despite multiple opportunities to do so, she never disclosed her prior statements and actions that would have demonstrated such bias. Judge Amy Berman Jackson shrugged off all that, however, and refused to grant Stone a new trial, denying him the most basic protection in our system. 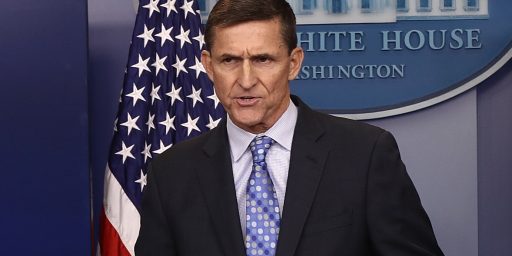