Trump is who he is

The LA Times posted the following letter from Donald Trump to the newspaper back in 2007 wherein DJT complained about an LAT reporter:

This is a letter Trump sent us in 2008. He was upset about an article on Trump University, later threatened to sue. https://t.co/VC2vbcFr4C pic.twitter.com/j8IyBbiYtO 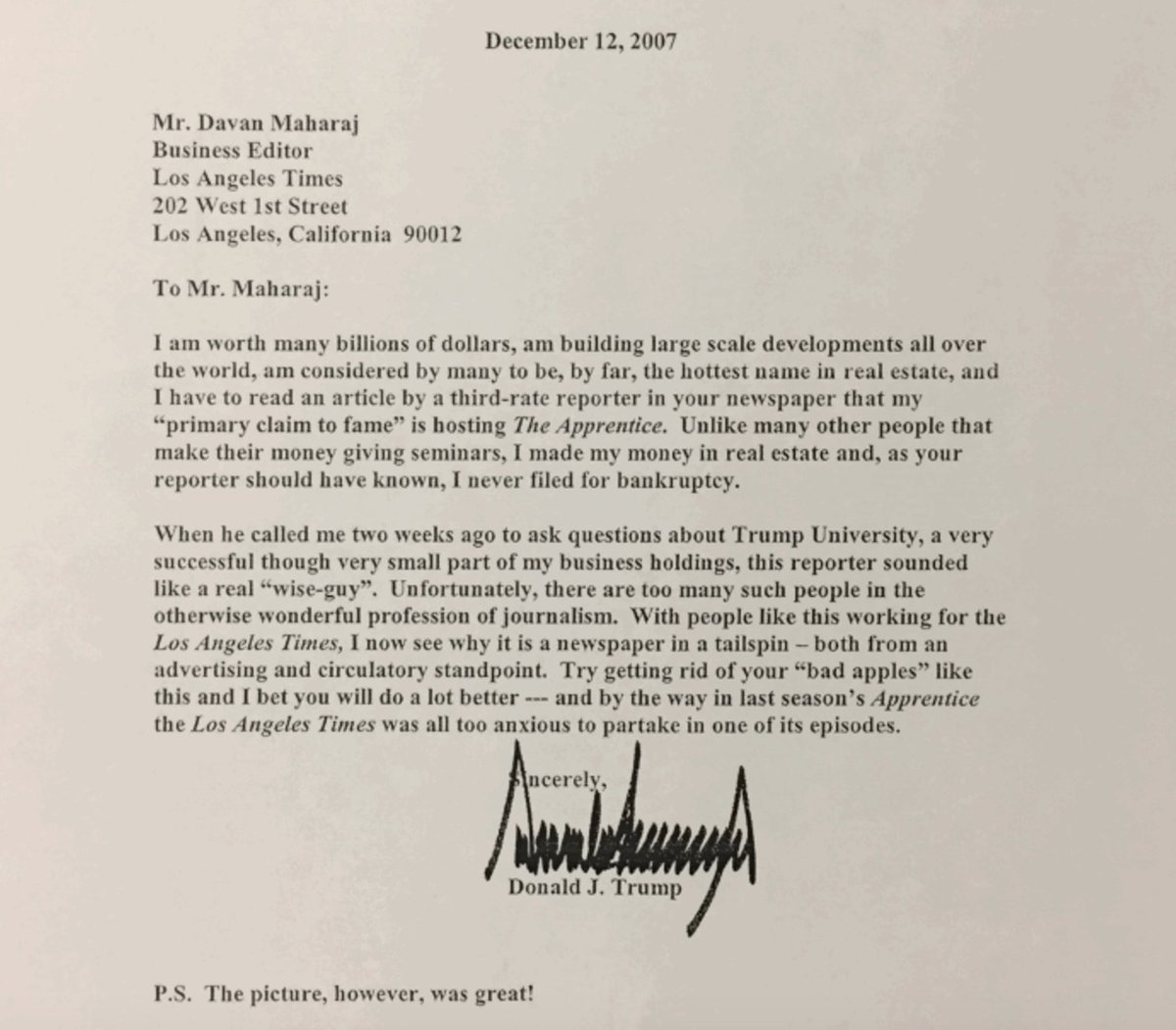 What is striking to me is that the syntax and pettiness are no different than what we currently see on the campaign trail.  This is simply who Trump is:  a self-aggrandizing, thin-skinned man.

And no, this is not new nor is it surprising.  But it is worth pointing out because I think some people still think he is putting on an act to some degree, but I think we are seeing exactly who he is.

What Sarah Palin Can Teach Us About Writing