Don't look for a Trump agenda for the rest of the year. It doesn't exist. 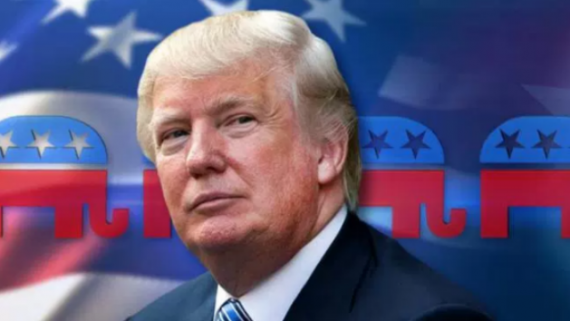 The White House doesn’t seem to be all that interested in accomplishing anything this year on the domestic front:

The White House’s wish list once comprised a sweeping infrastructure measure, overhauling the federal welfare program, another try at tax cuts and an immigration bill. But now, only the final item makes the list with the midterm elections fast approaching.

White House press secretary Sarah Huckabee Sanders essentially drove a dagger through the other items Friday, listing only an immigration bill when asked to lay out the White House’s 2018 legislative agenda.

There is “still some movement on that front,” she said. “We’d love for Congress to actually show up and do their jobs. … It’s been a constant priority for the president.” She did not, however, mention that Trump helped nix a bipartisan Senate immigration measure.

The press secretary described what the White House envisions as a measure that would address things such as enhancing border security, closing “loopholes” in existing immigration laws, and addressing the Obama-era Deferred Action for Childhood Arrivals, or DACA, program. But the president in recent weeks has been more limited, at times calling for just a border security measure.

Reading this, of course, one wonders what happens to all the promises that Trump made during the campaign.

Perhaps one of the most prominent of those, of course, was the border wall that had been part of Trump’s campaign since the beginning, and which he once promised Mexico would pay for. While the project is apparently moving ahead in some respects, there’s absolutely no sign that it is seriously being considered, or that Congress is likely to provide significant funding for the project in whatever budget gets passed prior to the time Congress adjourns in September to go out and campaign for reelection. Additionally, Trump has threatened to shut the government down in September if he doesn’t get funding for the wall, but it’s worth noting that he made the same threat last year and didn’t follow through with it. Given that, and the fact that any shutdown would occur one month prior to the November elections, and while many states are engaging in early voting, it seems unlikely that either he or the Republicans in Congress will be at all eager to bring the operation of the Federal Government to a halt over a border wall that isn’t even popular as polling has shown for some time now.

Also missing from the agenda that Sanders spelled out is any suggestion that the Administration will focus on infrastructure at any point during the coming year, except perhaps in campaign rhetoric. During the 2016 campaign, of course, Trump stood out from other candidates in the Republican field by suggesting that he would propose an infrastructure plan that would spend as much as a trillion dollars on America’s highways, bridges, rail lines, airports, and other aspects of the nation’s decaying transportation infrastructure. Several times during the past year, the Administration has declared what it calls “Infrastructure Week,” and almost without fail whatever message they were trying to send ends up getting drowned out by something the President said on Twitter or in a speech, or sometimes both.  The Administration did unveil an “Infrastructure Plan” in February, but it was composed of little more than bullet points and certainly not in any form that could be submitted to Congress for consideration. Shortly after that plan was released, Heather Long at The Washington Post the plan falls short of anything that the President proposed during the campaign noted that. By March, the Administration was admitting that any infrastructure plan would have to wait until after the midterms, which realistically speaking means that it would have to wait until the next Congress, which could see one or both houses controlled by the opposing party.

Finally, there seems to be little mention of any further action on health care reform before the midterm elections, or indeed at any point going forward in Trump’s first term. The idea of repealing and replacing the Affordable Care Act took up a considerable part of the Republican agenda in the House last year, of course, but that turned out to be an utter failure. While the House of Representatives did manage to pass a bill roughly one year ago, the Senate proved itself to be utterly incapable of coming up with a package that could gain the support of even a majority of Republicans. In September, Senate Republicans made one last effort with a bill proposed by Senators Lindsey Graham and Bill Cassidy, but that too failed to pass even under that bodies relaxed reconciliation rules which avoid the need for a sixty-vote majority in order to invoke cloture and pass a bill. The tax bill that was passed in December did manage to take one step in this regard in that it essentially repealed the individual coverage mandate by denying the Internal Revenue Service the authority to assess any penalty for non-compliance. Despite that effort, though, the majority of the PPACA remains in effect and, since Republicans have essentially given up on the issue, is likely to continue to do so well into the future.

Realistically speaking, the odds of any major legislation passing this year was somewhere between slim and none. Typically, reelection years don’t see significant action in Congress since members are focused more on campaigning and, of course, fundraising than they are on major legislation. Additionally, when it comes to big ticket items, there are incentives for both parties to defer action until after the election and to use issues like immigration, infrastructure, and health care reform as campaign cudgels. Combine that with the fact that, after taking the summer recess and the fact that Congress will be out of town after the end of September for campaigning, and the odds of getting anything done diminish significantly. If there was going to be any significant progress on any legislation, it would have happened already. To some extent, we saw that with the effort to provide a legislative solution to the Trump Administration’s decision to end the Deferred Action For Childhood Arrivals (DACA program which, of course, ended in failure. With the exception of Judicial and other confirmation proceedings in the Senate, we’re unlikely to see anything major out of Congress for the remainder of the year.

So basically, Republicans will be heading into the midterms with little to show as accomplishments other than judicial confirmations, the repeal of some minor Obama Era regulations, and the tax bill. The fact that the White House is recognizing that fact is simply a recognition of reality.