Since assuming office, he has continued this assault. He fired Acting Attorney General Sally Yates for refusing to defend in court an order she believed to be illegal (a judgment that, as the acting attorney general, was literally her job to make). He fired the FBI director for not subverting an ongoing law enforcement investigation that he wanted quashed. He has publicly gone after in verbal statements or tweets the deputy attorney general and the acting FBI director. And now, he has publicly chastised the attorney general for making a decision required by the department’s ethics rules.

Take note of who he is firing or pressuring to resign in his first six months in office — these are the senior government officials responsible for the equitable enforcement of our laws. The president is attacking the integrity of the leadership of the Department of Justice, the fair application of the law, and the pursuit of truth.

This is dangerous and certainly not what a party supposedly committed to law and order ought to be supporting. 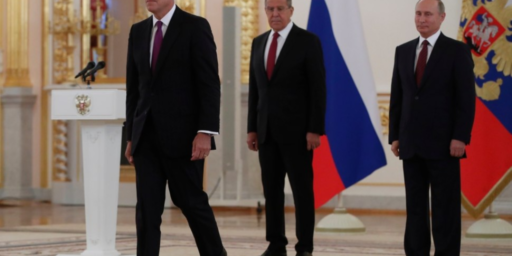 Did Q Shaman Intend to ‘Capture and Assassinate’ Government Officials?