Cathy Bossi, a U.S. Airways stewardess and cancer survivor, was forced to show her breast implants to TSA agents when her prosthetic implants triggered alarm during a pat-down. 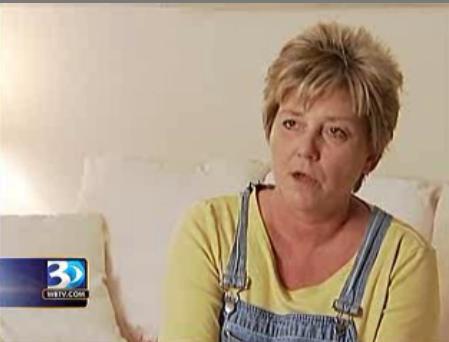 Steven Taylor already mentioned this but it bears more scrutiny:   Cathy Bossi, a U.S. Airways stewardess and cancer survivor, was forced to show her breast implants to TSA agents when her prosthetic implants triggered alarm during a pat-down.

Cathy Bossi, who works for U.S. Airways, said she received the pat-down after declining to do the full-body scan because of radiation concerns.

The TSA screener “put her full hand on my breast and said, ‘What is this?’ ” Bossi told the station. “And I said, ‘It’s my prosthesis because I’ve had breast cancer.’ And she said, ‘Well, you’ll need to show me that.’ ”

Bossi said she removed the prosthetic from her bra. She did not take the name of the agent, she said, “because it was just so horrific of an experience, I couldn’t believe someone had done that to me. I’m a flight attendant. I was just trying to get to work.”

For Americans who wear prosthetics — either because they are cancer survivors or have lost a limb — or who have undergone hip replacements or have a pacemaker, the humiliation of the TSA’s new security procedures — choosing between a body scan or body search — is even worse.

Musa Mayer has worn a breast prosthesis for 21 years since her mastectomy and is used to the alarms it sets off at airport security. But nothing prepared her for the “invasive and embarrassing” experience of being patted down, poked and examined recently while passing through airport security at Dulles International Airport in Washington, D.C. “I asked the supervisor if she realized that there are 3 million women who have had breast cancer in the U.S., many of whom wear breast prostheses. Will each of us now have to undergo this humiliating, time-consuming routine every time we pass through one of these new body scanners?” she said in an e-mail to msnbc.com.

Melissa McEwan expresses the fear and outrage many Americans feel over these incidents:

You know, my father is currently in remission from a type of skin cancer with a genetic link. If I go through a back-scatter X-ray, could it trigger that gene in me? Maybe. So my options are: Risk increasing my chances of cancer, or risk having my PTSD triggered in public and having a panic attack just as I’m about to get on a flight.

Yeah. I’m so not flying anywhere for the foreseeable future.

I suppose al Qaeda could start implanting explosives in prosthetics.  Or in 6-year-olds.    But this is a whole lot of humiliation and loss of liberty to protect against a theoretical and small threat.