As John Cole says, this is just weird:

A Tucson firefighter refused to respond to the Jan. 8 shooting rampage that wounded Representative Gabrielle Giffords because of political differences with his crew, delaying his unit’s arrival at the scene, according to internal department records.

Firefighter Mark Ekstrum’s unit was not a first responder and was called after the last of the 13 wounded gunshot victims had been transported from the scene by paramedics, fire officials told The Arizona Daily Star, which obtained the memorandums. Still, Firefighter Ekstrum’s refusal to respond because of what he called “political bantering” caused confusion as the department dealt with the shooting, which left six dead, officials said.

Firefighter Ekstrum, a 28-year veteran, retired after the rampage as department officials considered disciplinary action. A memorandum from a supervisor, Capt. Ben Williams, said that Firefighter Ekstrum “mentioned something about ‘political bantering’ and he did not want to be part of it.” Exactly what the disagreement was over remained unclear.

Ekstrum now says he was “too distraught” over Giffords shooting to respond, but even that sounds odd. \ 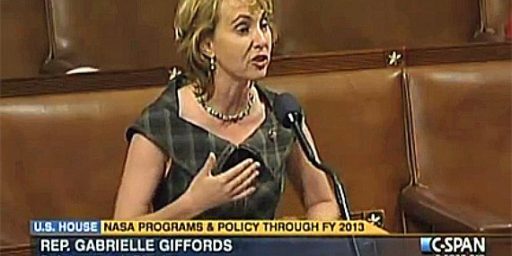