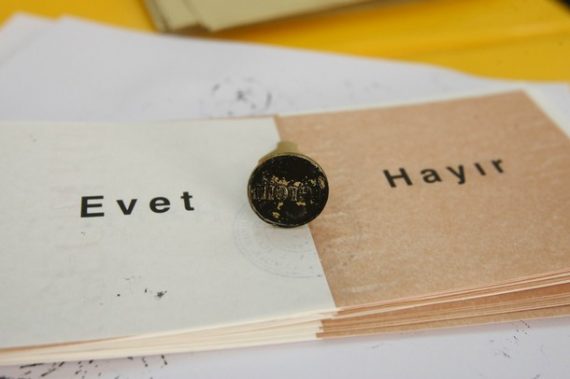 “Yes” (L) and “No” ballots are seen at a polling station in Ankara on September 12, 2010 during a referendum on constitutional changes. Turks voted on September 12 whether to adopt highly divisive constitutional changes that would reshape the judiciary and curb army powers, in a major test of confidence in the Islamist-rooted government. The ruling Justice and Development Party (AKP) insists that the reforms voted at Sunday’s referendum will bring Turkish democracy closer to the norms of the EU, which the country is seeking to join. Turkey’s President Abdullah Gul casts his vote during a referendum in Ankara September 12, 2010. AFP PHOTO / ADEM ALTAN (Photo credit should read ADEM ALTAN/AFP/Getty Images)