The fate of Iran’s revolution — and quite possibility the world itself — is dependent on this? I guess they should have done that scheduled maintenance last night after all?

UPDATE: It seems that Twitter postponed the work from the middle of the night US time in order to avoid inconveniencing the Iranians.  I was aware of that but not the fact that they chose 2 to 3 pm Pacific instead. I was also unaware that the U.S. State Department had asked for this move.

Granting the extraordinary nature of what’s going on in Iran at the moment, it nonetheless seems an odd move to shut down the network during prime usage periods in the service’s host country, which must comprise an inordinate share of the total users.  Then again, there’s no way to scheduled maintenance on a global network without inconveniencing somebody, somewhere.  It would seem Twitter needs to figure out a way to have redundancy in the system so that they can shut down parts of it during off-peak periods without turning the world dark. 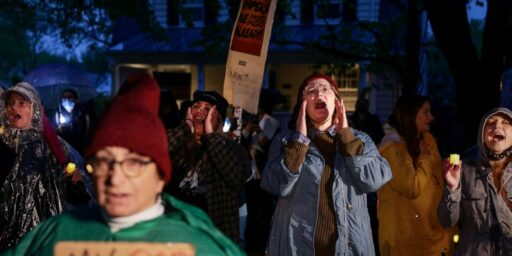