A grandson and a former son-in-law of Florida State football coach Bobby Bowden were killed when their car was hit a by a utility truck that was helping to restore power outages caused by Hurricane Frances. John Allen Madden, a 45-year-old former Florida State lineman who played under Bowden, and his 15-year-old son, Bowden Madden, were killed instantly Sunday when the passenger side of their car hit the front of the truck, Florida Highway Patrol Lt. Robert Mills said Monday.

Mills said the Bowden family had been informed of the deaths. “Most of us have been around all of the Bowden family a great deal, and it is a loss shared by all of us,” Florida State athletic director Dave Hart said in a statement. “Words can’t express the grieving I know the Bowdens are going through.”

The driver of the truck, Danny Headley, was not injured.

Moments before the collision on rain-slicked Interstate 10, the Maddens’ car bumped a van as the two were traveling side by side, causing both vehicles to cross over the highway median and the van to end up in the woods. The two passengers in the van — Larry Maines and his wife, Margaret — had minor injuries but did not need to be hospitalized.

John Madden and Bowden’s daughter Ginger divorced in January after 22 years of marriage. There was no immediate comment on the accident from Florida State. The Seminoles are scheduled to open their season Friday at Miami in a game that was postponed from Monday by the hurricane. 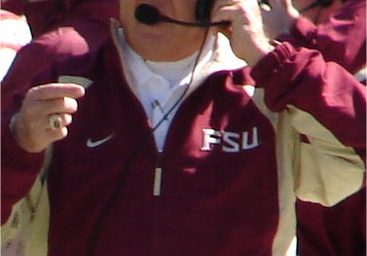