Private Eye, which Wikipedia describes as a “ fortnightly British satirical and current affairs magazine,” is out with what is clearly the best headline regarding the future King of England: 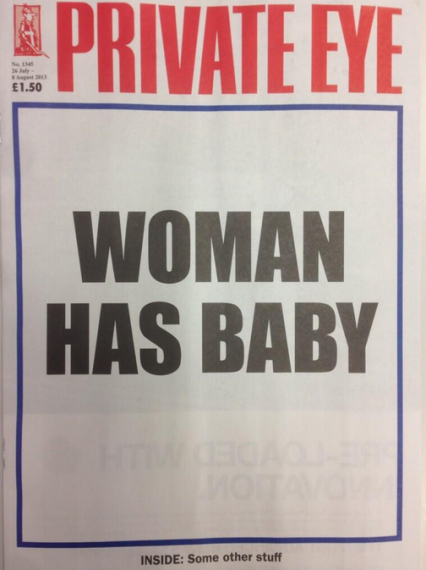 That about sums it up for me.