One of the main reasons why the United States has had to be continually careful about its response to the situation in Pakistan, and the policies of the Pakistani government, is because the land route through Pakistan has been our main supply route for U.S. forces in Afghanistan. Now, after ten years, it looks like we’re finally looking for alternatives:

The U.S. military is rapidly expanding its aerial and Central Asian supply routes to the war in Afghanistan, fearing that Pakistan could cut off the main means of providing American and NATO forces with fuel, food and equipment.

Although Pakistan has not explicitly threatened to sever the supply lines, Pentagon officials said they are concerned the routes could be endangered by the deterioration of U.S.-Pakistan relations, partly fed by ill will from the cross-border raid that killed Osama bin Laden.

Memories are fresh of Pakistan’s temporary closure of a major crossing into Afghanistan in September, resulting in a logjam of hundreds of supply trucks and fuel tankers, dozens of which were destroyed in attacks by insurgents.

While reducing the shipment of cargo through Pakistan would address a strategic weakness that U.S. military officials have long considered an Achilles’ heel, shifting supply lines elsewhere would substantially increase the cost of the war and make the United States more dependent on authoritarian countries in Central Asia.

A senior U.S. defense official said the military wants to keep using Pakistan, which offers the most direct and the cheapest routes to Afghanistan. But the Pentagon also wants the ability to bypass the country if necessary.

“It’s either Central Asia or Pakistan — those are the two choices. We’d like to have both,” the defense official said, speaking on the condition of anonymity to avoid alienating Pakistan. “We’d like to have a balance between them, and not be dependent on either one, but always have the possibility of switching.”

It’s good to have alternatives, of course, and if Pakistan suddenly cuts off supply routes then we’ll need to have some alternative even as we begin to drawn down forces. However, as Dave Schuler has noted both here and elsewhere over the years, one of the major reasons that the war in Afghanistan is so expensive is because of the costs of getting supplies to the troops there. If we lose Pakistan, it becomes even more expensive. 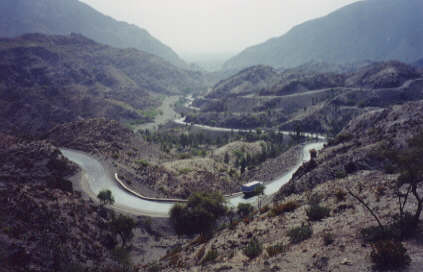