U. S. to Recognize Libyan Rebels

Move eases way to providing funding to the rebels. 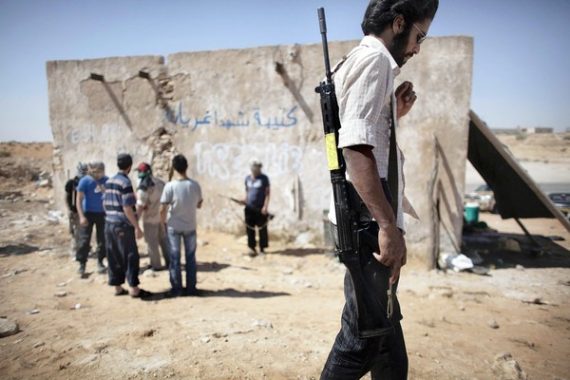 Secretary of State Hillary Clinton has announced that the U. S. will formally recognize the Libyan rebels as the legitimate government of Libya:

Clinton announced Friday that Washington accepts the Transitional National Council as the legitimate governing authority of the Libyan people. Diplomatic recognition of the council means that the U.S. will be able to fund the opposition with some of the more than $30 billion in Gahdafi-regime assets that are frozen in American banks.

Clinton made the announcement at an international conference on Libya in Istanbul.

This is rather a long time in coming and I interpret the move as confidence on the Obama Administration’s part that the Qaddafi government will fall sooner rather than later.