Michael Gerson argues that the source of our polarization isn't the Democrats and the Republicans but the Ugly Party and the Grown-Up Party. 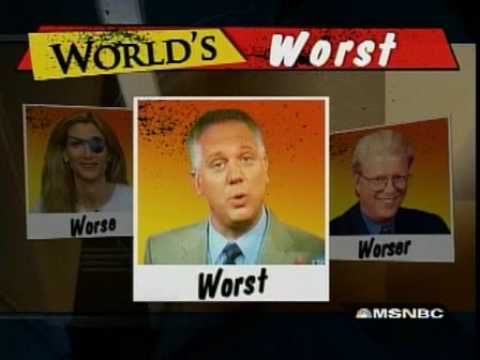 Michael Gerson is catching some predictable flak for his calling out of incivil discourse, particularly online in his column titled “The Ugly Party vs. the Grown-Up Party.”

My political friendships and sympathies are increasingly determined not by ideology but by methodology. One of the most significant divisions in American public life is not between the Democrats and the Republicans; it is between the Ugly Party and the Grown-Up Party.

That’s pretty much how my blog reading has bifurcated over the years.

This distinction came to mind in the case of Washington Post blogger David Weigel, who resigned last week after the leak of messages he wrote disparaging figures he covered. Weigel is, by most accounts, a bright, hardworking young man whose private communications should have been kept private. But the tone of the e-mails he posted on a liberal e-mail list is instructive. When Rush Limbaugh went to the hospital with chest pain, Weigel wrote, “I hope he fails.” Matt Drudge is an “amoral shut-in” who should “set himself on fire.” Opponents are referred to as “ratf — -ers” and “[expletive] moronic.”

This type of discourse is an odd combination between the snideness of the cool, mean kids in high school and the pettiness of Richard Nixon rambling on his tapes. Weigel did not intend his words to be public. But they display the defining characteristic of ugly politics — the dehumanization of political opponents.

While Weigel provides a good “hook” for an otherwise evergreen column, the example is at least a bit unfair.  There is, after all, a different standard for spouting off among friends and public pronouncements.   He goes on to list better examples:

Unlike Weigel, most members of the Ugly Party — liberal and conservative — have little interest in keeping their views private. “My only regret with Timothy McVeigh,” Ann Coulter once said, “is he did not go to the New York Times building.” Radio host Mike Malloy suggested that Glenn Beck “do the honorable thing and blow his brains out.” Conservatives carry signs at Obama rallies: “We Came Unarmed (This Time).” Liberals carried signs at Bush rallies: “Save Mother Earth, Kill Bush.” Says John Avlon, author of “Wingnuts: How the Lunatic Fringe Is Hijacking America,” “If you only take offense when the president of your party is compared to Hitler, then you’re part of the problem.”

The rhetoric of the Ugly Party shares some common themes: urging the death or sexual humiliation of opponents or comparing a political enemy to vermin or diseases. It is not merely an adolescent form of political discourse; it encourages a certain political philosophy — a belief that rivals are somehow less than human, which undermines the idea of equality and the possibility of common purposes.

Quite. And it doesn’t have to be so blatantly ugly, either. While I was willing to give George Allen the benefit of the doubt on the “macaca” business, the thing that got obscured by the slinging of racial charges was Allen’s obviously canned “real America” business in the same exchange.  While jocular and clean, its spirit is divisive.

Such sentiments have always existed. But the unfiltered media — particularly the Internet — have provided both stage and spotlight. Now everyone can be Richard Nixon, threatening opponents and composing enemies lists.

But the Internet is also a permanent record, as Weigel found. His reaction to exposure was honest and admirable. He admitted to being “cocky” and “needlessly mean” — the kind of introspection that promises future contribution. But when members of the Ugly Party are exposed, generally they respond differently. Obscenity? The real obscenity is an unjust war, or imposing socialism or devotion to Israel. It is an argument that makes any deep policy disagreement an excuse for verbal violence. Or an offense against taste and judgment is dismissed as humor and satire.

More on this in a bit.

The alternative to the Ugly Party is the Grown-Up Party — less edgy and less hip. It is sometimes depicted on the left and on the right as an all-powerful media establishment, stifling creativity, freedom and dissent. The Grown-Up Party, in my experience, is more like a seminar at the Aspen Institute — presentation by David Broder, responses from E.J. Dionne Jr. and David Brooks — on the electoral implications of the energy debate. I am more comfortable in this party for a few reasons: because it is more responsible, more reliable and less likely to wish its opponents would die.

Of course, Broder, Dionne, and Brooks draw scorn from all sides.   Their own partisans consider them milquetoast and they get little credit for civility from their opponents.

Amusingly, Balloon Juice proprietor John Cole and co-blogger DougJ both take on the premise of Gerson’s column and their commenters proceed to demonstrate its veracity.    Doug says:

Supporting torture is fine, as long as it’s done politely at the Aspen Institute. But FSM forbid anyone should make a joke about Matt Drudge in a private email.

Sincere panels about the appropriateness of crushing a child’s testicles are acceptable and serious op-eds about the necessity for torture are welcome, but dropping an f-bomb on a private listserv is simply inexcusable and cause for a serious case of the vapors.

Not shockingly, both comment sections devolve into a string of vulgarity and ad hominem attacks.  I’ll spare you direct quotations.

For their part, John and Doug merely poison the well.  I oppose torture and have since I first gave the matter any significant thought, dating back to my days as a military cadet in the mid-1980s.  But that doesn’t mean it’s not an issue about which one can’t have a serious debate.   And you can’t do that if both sides are merely questioning the decency or patriotism of the other.

Further, Gerson isn’t arguing that mere use of profanity puts one in the Ugly Party.  Instead, he couldn’t be more clear what he’s condemning (“urging the death or sexual humiliation of opponents or comparing a political enemy to vermin or diseases”) or why (“it encourages a certain political philosophy — a belief that rivals are somehow less than human, which undermines the idea of equality and the possibility of common purposes”).

While I’m perfectly happy with the polite blandness of the Broders and Brookses and Daniel Schorrs of the world, it’s possible to be edgy, profane, and even sarcastic without leaving the Grown-Up Party.  Perhaps the best examples going right now are Comedy Central’s Jon Stewart and Stephen Colbert, who manage to be alternately silly, serious, informative, whimsical, naughty, noble, gracious, and withering.

Despite disagreeing with them more often than agreeing on the politics of the matter, I’m never uncomfortable watching their programs.  They pick targets who are their own size or bigger and poke fun at people’s actions and statements, not their character.  And they’re just as willing to direct their fire at Democrats behaving badly as Republicans. 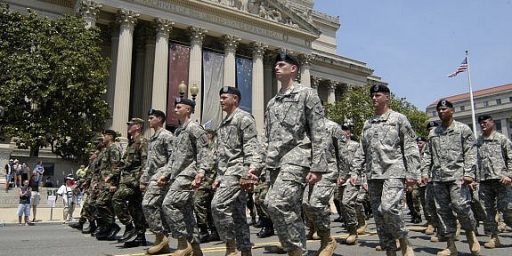