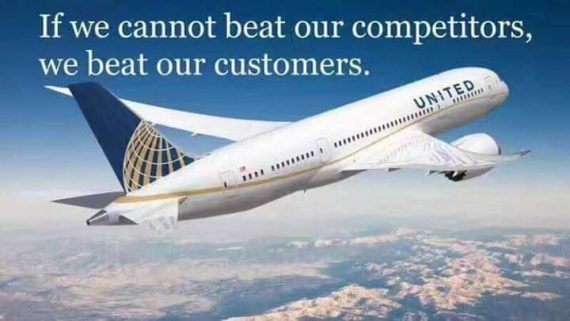 There have been plenty of online jokes in the wake of United’s PR disaster over the weekend.

This is among the best I’ve seen:

I’ll be here all week,folks. Try the veal, and remember to tip your waitress.