Pascal-Emmanuel Gobry argues for abolishing the minimum voting age and letting kids vote “when they decide they want the vote.” Matt Yglesias seconds the emotion.

Gobry’s argument is long and largely defies excerpting. It boils down to:

These things are all true. But, really, this argument just illustrates reductio ad absurdum.

These goals are, however, not fully mutually achievable.

We don’t want people who are seriously insane or otherwise truly incapable of understanding what they are doing to vote even though they are nonetheless subject to the laws of society; then again, we also limit their criminal liability. As a practical matter, though, there are few enough of these people that we can decide on a case-by-case basis.

Similarly, it would be absurd to allow infants to vote. They obviously can’t communicate their ideas in a manner comprehensible to us and they have limited ability to process information. How about a 5-year-old? They can walk and talk. But so few of them have even the slightest understanding of the workaday world that it would be silly to give them the vote. At best, they’d just reinforce their parents’ choice. And, as with mentally incompetent adults, they have far less culpability under our law. They can’t sign contracts and are seldom held accountable by the state for their actions.

But, of course, we can find individual 8-year-olds who are smarter and more mature than some 18-year-olds. And, certainly, nothing magically transforms a person who is 17 years, 364 days old into a responsible human being the next day.

So, 18 is arbitrary, right? Well, no. It’s an age where we expect most people to have the requisite maturity to be responsible enough to make certain decisions. They can sign contracts and be held accountable for them. They can join the military. They can get full-time jobs. The burden is on them to demonstrate that they’re not mentally competent to be responsible for violation of the criminal code.

Could we maybe lower the age to 16? Or 15? Maybe. Certainly, I was very interested in politics and had decided preferences that I could articulate as a 14-year-old. But, frankly, most people at that age aren’t paying attention. And, while that’s true of many adults, few 15-year-olds are paying taxes or otherwise contributing to society.

The last consideration, incidentally, is something that no one has mentioned in the comment sections of Gobry’s or Yglesias’ posts, despite some pretty interesting discussions taking place there. One of the fundamental ideas of our Republic is that the right to participate in government flows from the duty to fund it. “No taxation without representation” was one of the rallying cries of our war for independence. The two were always thought to be linked.

Indeed, suffrage was once restricted to landholders on the basis that only those who were paying for government had any right to have a say about it. We ultimately democratized, coming to see that disenfranchising the poor was wrong since they faced many of the burdens of citizenship, including military service. (And the passage of the income tax rendered the issue moot, regardless.) Eventually, attainment of majority was deemed enough to satisfy the “stake in society” principle. We even lowered the voting age from 21 to 18 because we came to believe that forcing people to go to war at 18 but not allowing them to have a say over whether we sent them was wrong. (Although, oddly, we’ve since decided that we can withhold their right to drink alcoholic beverages or smoke cigarettes.) 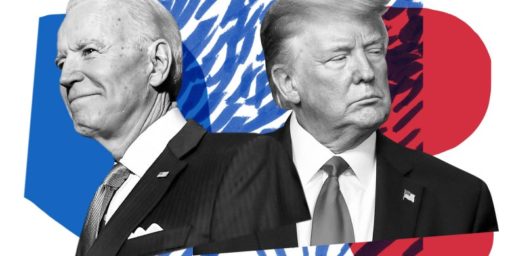