US OUT OF UN?: Stephen Pollard claims that the US may take our ball and go home if we can’t get UN support for the Iraq war.

But it is proving difficult enough to get the UN to support action against Iraq. Mr Bush’s most fundamental belief is that actions have consequences. If the UN behaves irresponsibly, it will pay the price. A phrase is doing the rounds: the US out of the UN, and the UN out of the US.

Well-connected advisers tell me that if, as now seems likely, the UN refuses to back action against terror, Mr Bush will announce a “temporary” suspension of America’s membership, to be accompanied by an offer: if the UN gets its act together and carries out long-overdue reforms, America (and its money) will return. But if there is no reform, the temporary withdrawal will, de facto, become permanent. (Thanks to Occam’s Toothbrush for the link.)

Viscerally, I’d like this very much. The UN is oftentimes a huge pain in the butt. Still, it is often a useful tool for achieving US aims. The UN has always been a failure as a collective security regime. As someone once famously said, it was “designed to fail.” By putting three Western states, China, and Russia on a panel and giving them a veto power over the use of collective military power, the chances of consensus were always remote.

The UN has, though, been quite effective as a bureacracy. It does excellent work doing things that are suited to bureaucracies–distributing aid, promoting education, resolving disputes over all manner of technical minutia, etc., etc. While not an effective tool as a coercive international law enforcement mechanism, the UN is good at softer policies and spreading international norms of behavior. For the most part, those are our values. The UN can add legitimacy to what would otherwise be seen as US imperialism. On those occasions, such as the present situation with Iraq, when the UN doesn’t serve our purposes, we are completely free to act unilaterally. Most of the states we’re trying to corral lack that flexibility. 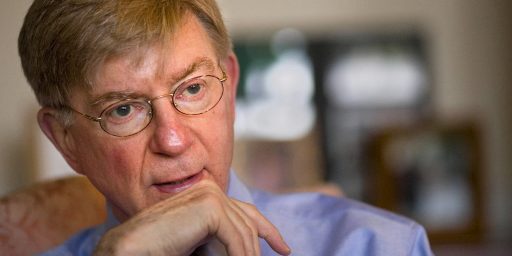