As of yesterday, driving through Virginia at 20 miles per hour over the speed limit will net you a hefty $1,500 “abuser fee.” Only, though, if you have Virginia tags.

Starting on Sunday, if a jerk from Maryland or the District drives recklessly in Virginia, he’ll be liable for a $100 fine. But if the jerky driver is a Virginian, he’ll get slapped with an extra $1,050 fine on top of the $100. Similarly, if an out of state drunk gets caught on a Virginia road, he’ll face a $250 fine if this is his first DUI. But a Virginian caught in the same act will have to pay the $250 plus a bonus fee of $2,250.

There is already a huge backlash building, as this provision was tucked away in a transportation finance bill and is coming as a surprise. An editorial in yesterday’s Washington Times deems this “one of the region’s most egregious money grabs in a long time.” One in House Speaker William Howell’s hometown newspaper, the Fredericksburg Free Lance-Star, exclaimed, “The General Assembly has slipped one over us. . . . these fees . . . are simply outrageous.”

Governor Tim Kaine and other proponents of these new fees justify these on both public safety grounds and as a means of generating needed revenue. Certainly, the state has had a difficult time with road taxes because the D.C. suburbs and exurbs of Northern Virginia pay the lion’s share of the taxes and have most of the traffic problems while those in the rest of the state see little reason to pay more money to improve the transportation infrastructure and want their “fair share” of the monies spent. These hidden taxes were the solution.

While it’s difficult to make a case that fining people for breaking the law is a bad thing, a $1,050 fine for speeding is ridiculous. Certainly, most of us have driven over 20 mph over the posted limit from time to time. And Virginia has a nasty habit of not posting many speed limit signs while setting limits well below the norm for a given type of road. For example, the George Washington Parkway through Alexandria is often 25 or 35 mph for long stretches despite being a free-flowing four lane divided highway. Driving 25 mph above the unposted limit there is easy to do.

It also seems to me that there are clear Privileges and Immunities Clause and Equal Protection Clause issues here. States aren’t generally allowed to treat citizens of other states differently under the law than their own citizens. Then again, all the case law I’ve seen on the issue has to do with states trying to penalize other states’ citizens while creating an advantage for their own. It’s an unusual move, indeed, to screw over your own citizens.

UPDATE: Radley Balko has a very interesting side angle to this story:

The self-described "chief architect" for this bill is Delegate David Albo. Albo boasts on his website that he's worked for 20 months to bring this bill into law. What his website doesn't mention is that when Albo isn't legislating tough new laws aimed at Virginia's motorists, he's representing those same motorists in court.

That's right. Albo's a lawyer. And not just any lawyer. The firm that bears his name specializes in traffic law, particularly in representing people charged with DWI and reckless driving. And yes, that's the firm's actual URL: virginiadui.com.

In April of last year, I found a number of pieces of legislation Albo-the-delegate has sponsored during his time in Richmond that would almost certainly result in more clients for Albo-the-traffic-lawyer. 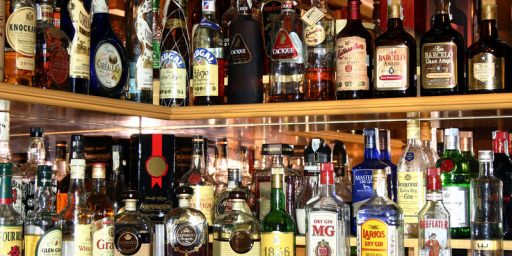