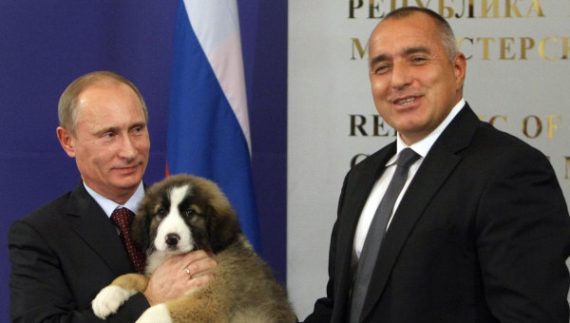 Somehow I think this has to cost Putin a few points in the world leader macho standings:

MOSCOW — Vladimir Putin has named his new dog Buffy, but there was no sign in a walkabout for the cameras that the Bulgarian shepherd had any vampire-slaying tricks.

In comments reported by Russian news agencies, Putin said Thursday the dog “can’t do a thing.”

But Buffy, a cute caramel-and-white-patched puppy, contradicted Putin, obediently sitting on his command.

And lest you think that the former KGB agent is a closet Sarah Michelle Geller fan, the name came from a five year old Moscow boy who won a contest.