On the way out the door, Scott Walker signed a bill to take powers away from his successor (and demonstrated a lack of understanding of Venn diagrams). 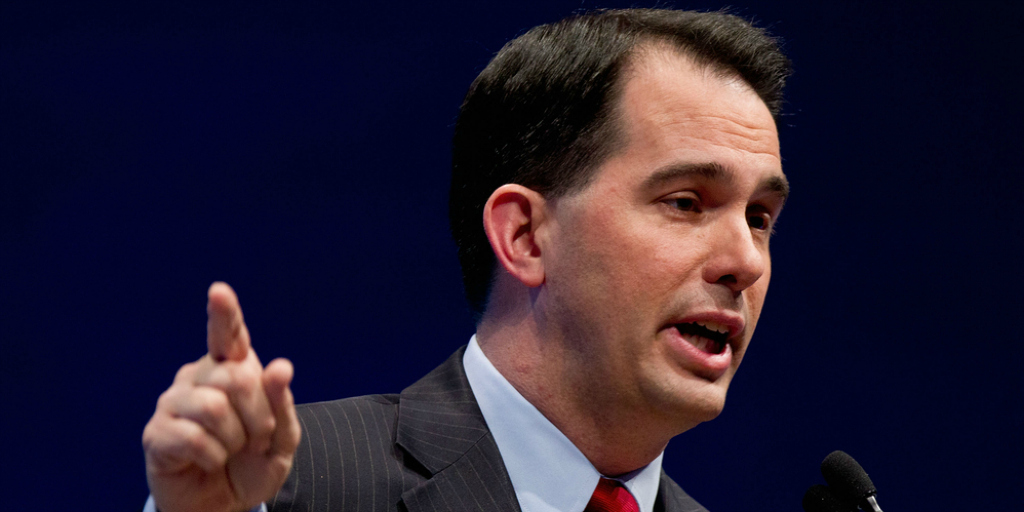 The new laws will curb the authority of Mr. Evers in the rule-making process and give lawmakers, not the new governor, most appointments on an economic development board until next summer. The measures also will limit early voting, allow legislators to intervene in some lawsuits and limit the power of Josh Kaul, the incoming attorney general.

In addition, the new laws prevent Mr. Kaul and Mr. Evers from withdrawing the state from a lawsuit challenging the Affordable Care Act, and further codify policies passed by the Republicans, including a work requirement for people on Medicaid and a voter ID law.

During a bill-signing ceremony in Green Bay on Friday, Mr. Walker played down the significance of the reforms. He described all the attention paid to them as “hype and hysteria.” And he held up a large poster of a diagram with “SAME POWERS” in red letters, in which he ticked off prerogatives that his successor still gets to have, like vetoing bills.

I have already noted my criticism of the democratic nature of this legislation here.

Here’s the diagram noted in the piece: 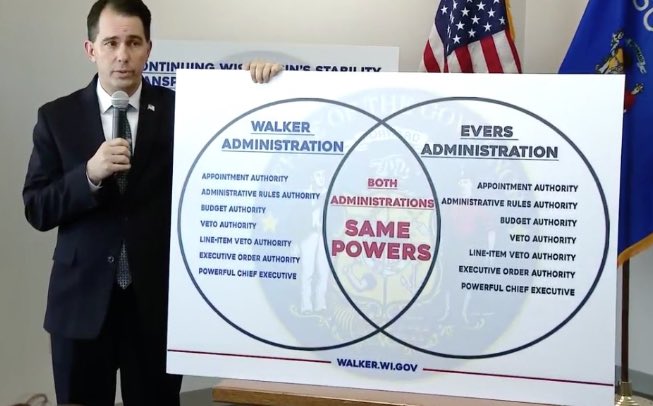 Two immediate thought when I saw this:

Let me reiterate that last point:  it is clear that Walker and his GOP allies in the legislature know full well that they are altering the powers of the incoming administration.  His need to pretend otherwise (including comments made at the press conference) are just disingenuous if not outright false and an attempt to convince everyone to, as the allusion goes, ignore the man behind the curtain. Seriously: if you have to have posters to show how everything is normal you are highlighting how abnormal the situation is.

The bottom line remains:  if the bills were passed in the next legislative session, they would be vetoed (and that outcome would reflect the results of 2018 election).  Moreover, the current legislature has a disproportionate number of Republicans in it, relative to vote share, and the next Assembly will be a majority Republican on a minority vote share statewide (see my linked post above for details).  Regardless of the content of the legislation, this a naked power-grab that is not democratic in nature and is also not amendable to a near-term democratic response from voters given the extreme gerrymandering in the state.