Insiders argue that the era of Peak TV has contributed to shoddy practices on set.

An interesting report at Variety (“‘Rust’ Tragedy Reflects Troubling Trends on Movie and TV Sets: ‘We Did This to Ourselves’“) sheds some light on the conditions that led to the accidental shooting death of cinematographer Halyna Hutchins at the hands of Alec Baldwin. While there were clear mistakes made by multiple people on the “Rust” set that contributed to the tragedy, some think it was inevitable.

[K]nowledgeable sources pointed to a number of concerning industry trends that are reflected in the behind-the-scenes story of the low-budget independent Western.

Inexperience among crew members: The huge spike in the demand for content during the past decade has stretched below-the-line talent beyond its breaking point. “In some places you can’t find qualified people for these jobs so you are taking (crew) with very little experience,” said a veteran producer.

Inexperience among producers: The low barrier to entry in producing for streamers who pay production costs upfront has allowed smaller companies and startups to attempt large-scale productions without adequate staff, skills or equipment. Among the seven production entities listed as backing “Rust” was Streamline Global, a company founded in 2017 to use films produced with production tax incentives as vehicles to create tax breaks for wealthy investors. Streamline Global co-founders Emily Hunter Salveson and Ryan Donnell Smith serve as executive producer and producer, respectively, on “Rust.” Industry sources cite inherent problems that can occur when goals and incentives among producers are not aligned.

“We have developed new financial models to attract capital that would otherwise be unavailable to the film industry,” Salveson told Variety in 2017. “Films are the byproduct of the comprehensive tax planning strategies we employ for our clients.”

Complacency: Many producers and crew members have been working at the kind of high volume and pace that can breed a sense of complacency and over-confidence in key positions.

Attorney Jeff Harris, who represented the family of Sarah Jones, the camera assistant killed in 2014 in a horrific accident on the set of indie movie “Midnight Rider,” said that in his experience accidents are often the result of complacency about requirements to follow safety bulletins and protocols for dangerous activities.

“You live in this fantasy land where you’re fake shooting people and blowing things up,” says Harris, of Atlanta-based Harris Lowry Manton, who also represented the family of “The Walking Dead” stuntman who died of a head injury on set in 2017. “It’s easy to get into a false sense of complacency of ‘Oh we’ve done this a million times.’ “

Producers were quick to blame the Peak TV phenomenon for stretching the talent pool for below-the-line, craft and technical crew positions well beyond the breaking point.

The strain at every level created by the spike in the number of original scripted TV series is reverberating throughout the creative community. The pace of production has more than doubled in a decade, rising from 216 scripted series airing across broadcast and cable networks in 2010 to 532 across broadcast, cable and streaming in 2020, according to research by FX Networks.

The biggest evidence of the tension caused by the windfall of so much work was the strike drama that gripped Hollywood this month. IATSE, the union representing most production workers, threatened to walk out over quality of life issues in volatile contract talks that may yet be influenced by the jolt of Hutchins’ death.

Producers and other industry veterans spoke to Variety with both anger and anguish about the turmoil surrounding production workers that is reflected in larger IATSE labor conflict. And now the “Rust” death puts a giant spotlight on an problems that sources say are all too common on sets these days. As a picture emerges of an allegedly chaotic low-budget film set, the only certainty is that an accident took the life of a 42-year-old cinematographer, wife and mother of a 9-year-old son.

“As an industry, in Peak TV times, we did this to ourselves,” said a producer.

Multiple sources pointed to the importance of having experienced skilled technicians on set when weapons are involved. The details of “Rust” situation are not clear, but industry veterans noted that Westerns typically involve a number of firearms for multiple actors.

“On some shoots you might have a truck full of (firearms) and somebody has to keep track of every one of them and how they’re being used,” the producer said.

The armorer on set typically “spends a lot of time coaching people how to handle a gun safely,” the producer said. “In between takes that person is always standing around coaching.”

The producer added that there can often be problems with actors not taking the gun safety training seriously – that’s another reason for having experts on the set and maintaining safety protocols down to the letter. “This protects people from themselves,” the producer said.

Attorney Harris noted that the use of firearms on a set involves extra layers of disclosure and planning for insurance purposes. Harris and other industry veterans said producers are usually required to submit their plans for using firearms on set for review by insurance officials as part of the overall bond for the production.

Harris emphasized that he has no information about the “Rust” case. But if it turns out that safety protocols were skipped, that would be a big problem for the film’s insurer.

Evidence that corners were cut could lead to “a coverage fight with the (insurance) carrier who will say, ‘You told me you were doing this but instead you did this,’ ” Harris said.

Experienced producers and one veteran on-set safety expert who spoke to Variety emphasized the fundamental importance of having crew members with proper training and experience. That’s traditionally been one of the perks of hiring union workers. But in recent years, there’s been so much demand for crew positions that key jobs with big responsibilities have gone to younger members who haven’t had as much chance to learn from seasoned mentors on set.

Reports that “Rust” producers allegedly allowed multiple non-union workers to come into the production at some point were also confounding to industry veterans. Multiple sources with decades of production experience confirmed that the only way a union production is authorized to bring in non-union workers is if there are no union employees available for the job. In that scenario, IATSE or the relevant union has a formal vetting process for the non-union employee and has to grant a waiver to the production for the hire, sometimes on a day-to-day basis.

Those of us who have sat through the end credits of a Marvel movie waiting for the short trailer giving clues as to upcoming movies are amazed at just how many people are involved in bringing a motion picture to us. While MCU pictures, with their elaborate stunts and CGI, are surely at the upper end of that—and presumably use some of the best talent in the business—even relatively low-budget affairs like “Rust” are just a dude with a camera that starts shooting when the director yells “Action!”

It stands to reason that, in an era where a seemingly endless supply of networks and streaming services are competing to produce original content, that there simply isn’t enough experienced talent to go around.

Still, even a day after the tragedy, it was clear that the atmosphere on the set of “Rust” was especially problematic. Multiple safety mishaps had already happened before Hutchins was killed. The producer was clearly more worried about shooting fast to stay under budget than about the safety of the crew. If that was compounded by a slew of people who simply didn’t know what the hell they were doing, it’s not at all surprising that it led to tragedy. 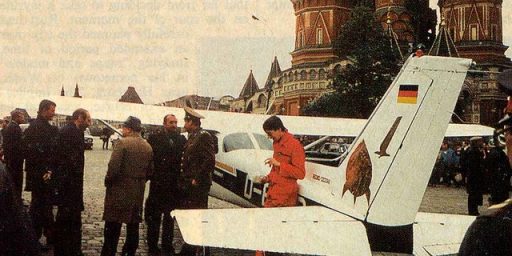