We Don’t Have a Secretary of the Air Force

Michael Donley announced he was stepping down as Secretary of the Air force in April and did so in June. No replacement has been named.

Michael Donley announced he was stepping down as Secretary of the Air force in April and did so in June. No replacement has been named.

When Americans complain about a breakdown of government in Washington, they’re usually venting at our dysfunctional Congress.

But sometimes it appears the executive branch is broken just as badly as the legislative process on Capitol Hill.

If you’re in the Air Force, or a member of the Air Force community, you ought to be outraged the Obama administration didn’t find time to name a new Secretary of the Air Force before Michael Donley was honored at a retirement ceremony June 28 and left office two days later.

There was nothing sudden about the end of Donley’s five-year stint in office. His decision to step down was announced April 26 — fully two months before he left — and was expected inside government even before the announcement. There has been plenty of time for the White House to choose a qualified replacement and send a name to the Senate for confirmation.

But that hadn’t happened when Donley departed. The delay is enough to make you ask whether the White House thinks the Air Force is important.

Acting Secretary Eric Fanning, a Dartmouth College graduate, does bring some valuable experience to the table: stints on the House Armed Services Committee staff, as a special assistant in the Defense Secretary’s office and as a deputy undersecretary in the Navy.

But he lacks the background of the Army and Navy secretaries, formerly career politicians with all the clout and connections that confers.

Some airmen believe — erroneously — that the secretary job is ceremonial. But that’s because airmen don’t see the behind-the-scenes labors that produce budget requests, congressional testimony and the staffing and equipping of the nation’s air arm.

The secretary works in partnership with the chief of staff — the Air Force’s top general — and without a civilian service chief in high standing, the general has less power and less credibility defending programs in Congress.

This is part of a broader pattern: Senate Republicans have made it extremely difficult to confirm even seemingly non-controversial nominees to posts all across government and the administration has responded by not bothering to nominate people. This is no way to run a railroad. 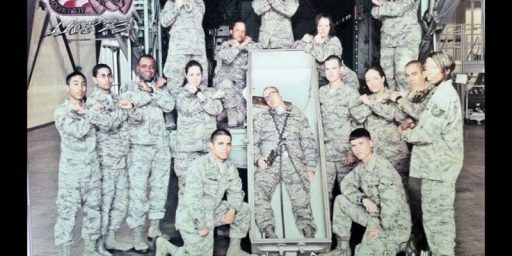