The first time she felt numb. The second time she cried. Lillian Glass, a Beverly Hills psychologist, was stunned at the barbarity of terrorists beheading their hostages, right there on her computer screen. Equally surprising was how easily she found the video online. “You can’t imagine anything worse,” she says. “Right now, they’re coming into your home. It’s like they’re using technology as a vehicle for war.”

Ritual beheading is as primitive as war gets. But 21st century technology is making the grisly details of such killings visible to millions around the world. In what has become a war of images, the slayings of businessman Nicholas Berg, engineer Paul M. Johnson Jr. and South Korean interpreter Kim Sun Il have been publicized through both conventional media channels and the raw, unfiltered chambers of the Internet. It is impossible to say how many people have watched the videos over the Internet. But “Nick Berg” was the second most popular search request on Google in May, following “American Idol (news – web sites).” Last week, the most popular search was for “Paul Johnson.”

FBI (news – web sites) Supervisory Special Agent Kenneth McGuire, who oversees the cyber-crime squad in Los Angeles, says that disseminating video of such violent acts over the Internet is a new form of cyber-terrorism Ã¢€” one proving difficult to contain.

Some Internet services have tried to shut down sites that host such videos, but the images continue to flow. Over the weekend there were new kidnappings and threats of beheading, and with them, the possibility of more videos to come.

Publicizing their atrocities has always been part of the strategy for Al Qaeda and other terrorist groups, says Josh Devon, an analyst at the SITE Institute in Washington, which tracks terrorist activities. “The point of terrorism is to strike fear and cause havoc Ã¢€” and that doesn’t happen unless you have media to support that action and show it to as many people as they can,” Devon says. Terrorists used to circulate propaganda via publications and audio- or videotapes, but the Internet has supplanted those methods. “Suddenly, it’s not only text, but pictures and video and audio clips which are attacking all the senses at once,” he says.

In the United States, news executives who traditionally draw the line at depicting the most graphic war violence now face a media landscape where millions get unfiltered images on the Internet almost instantaneously. By posting digital video or photos on the Web, terrorist groups make it almost certain that the news media will air at least some of the images.

Robert Thompson, director of Syracuse University’s Center for the Study of Popular (news – web sites) Culture, says that poses complicated questions. Do media outlets limit themselves, knowing the videos are widely available? Or do they show everything and run the risk of doing exactly what the terrorists wanted? “In essence, the terrorists are directing a movie for the world to see,” Thompson says, “yet the media has to cover it, and the world does in fact see it.”

Many networks and news sites obtained the full video of Berg’s killing from the website of a militant Islamic group but used only a fraction of it. Most opted for footage of victims kneeling in front of captors before the executions. Last week, such images popped up repeatedly as teasers to TV news programs and on Internet news sites. “If people can’t watch, we’ve lost our ability to convey information,” says Neal Shapiro, president of NBC News.

Yet the overwhelming online interest in such images belies the notion of viewer squeamishness. For reasons that may include a simple desire to keep up with the news, morbid curiosity or salaciousness, people are digging past the mainstream news sites to find the raw footage. Any news stories containing graphic violence Ã¢€” including the abuse of prisoners at Abu Ghraib, Iraq (news – web sites), and the attacks on four American civilians in Fallouja Ã¢€” prompt an “astronomical” spike in photo and video viewing online, says Michael Sims, news director for cbsnews.com. In recent months, he says, “we’ve really been forced to sit down and talk through the issues and decide for ourselves where the lines are. To tell the story, not sugarcoat it, but not be offensive.”

Almost anyone with a digital camera and a laptop can upload images, Devon says. Terrorists in many cases are using U.S. technology and Web hosting services for these digital attacks, he says, noting that Microsoft’s Windows XP (news – web sites) operating system comes with video editing software. The point of origin for files uploaded to a Web page is “virtually untraceable,” he says. The websites don’t last long Ã¢€” they often are shut down within 24 hours because of user complaints. A GeoCities page with photos of Johnson’s beheading in Saudi Arabia collapsed within three hours. But in this case the reason was that the site was overwhelmed by the number of users trying to access the communique and photos, Devon says.

By that time, the images had been downloaded, copied and passed on. Now they easily can be found along with the other beheadings via any Web search engine.

Not everyone buys the explanation, posted by one website, that it aims to “discourage” terrorists by showing how evil they are. Tom Kunkel, president of American Journalism Review, called the justification a “fig leaf.”

“Any news outlet Ã¢€” or any private individual, for that matter Ã¢€” who makes available footage of the actual beheadings is, to my mind, an accessory to the crime itself,” says Kunkel, dean of journalism at the University of Maryland. “Those are the individuals who are essentially finishing the work of the terrorists, by delivering their grisly ‘message.’ ”

Some viewers have been hit hard. Psychologists say they’re getting responses that vary from depression and feelings of vulnerability to outrage and the desire for revenge.

“I’m hearing colleagues saying they should go and cut [the terrorists’] heads off,” says Anie Kalayjian, a Fordham University psychology professor who specializes in disasters and mass trauma. Some Vietnam veterans she counsels Ã¢€” both perpetrators and victims of brutality Ã¢€” are experiencing nightmares and flashbacks, symptoms of post-traumatic stress disorder, she says.

Beheading is a powerfully brutal act that taps into very primal human fears, Kalayjian says. Watching video Ã¢€” on TV or the Internet Ã¢€” can trigger symptoms in the same way seeing the act in person can. “Now we’re not just reading it in the newspaper. We’re seeing the process, hearing the outcries, the suffering, pain and terror,” she says.

Some regret their decision to look. Writing in New York magazine, forensic pathologist Jonathan Hayes said he clicked on a link to video of the beheading of Berg out of a desire to see the true nature of the war and a sense of “professional curiosity.”

Not only did the video unleash feelings of fury, despair and revenge, it also left him unable to detach himself from his work, which had involved recovering bodies from the World Trade Center after the Sept. 11, 2001, attacks. “I wish I hadn’t made that choice: to look at something I have managed to avoid seeing, while looking at it every day,” he wrote.

Glass also sought out the Internet videos because she thought they were an important part of the news. She says she will be haunted by the images forever. But still, she says, she’s glad she watched. “At least I’m more informed, and I know what these people are capable of. We’re seeing how primitive, how demented, how inhumane this behavior is.”

Worse, in some ways, was hearing Kim’s gut-wrenching pleas for his life Ã¢€” screams she already knew were useless Ã¢€” over the radio. Glass says they came repeatedly, and each time unexpectedly, every time ABC Radio talk show host Sean Hannity cut for a commercial. A spokesman for the show said warnings were given upfront that the material might be disturbing. To Glass, that type of broadcast went too far. “It sickened me. You felt his fear. It was chilling to every part of your body.” 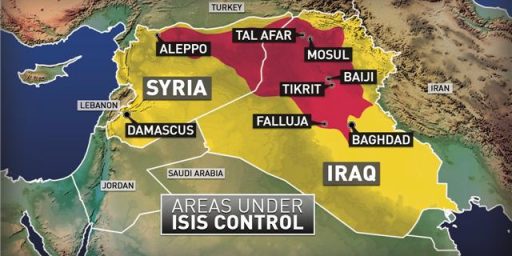