It’s probably not fair to rap the errors of a fast-paced political campaign, but the rate at which Wes Clark’s team is going through those old grade school Pink Pearl erasers is getting downright silly. We’re not talking about the big issues, like Iraq. We’re picking on the embarrassing little things, like when his press office mistakenly put Alaska’s abbreviation on a release from its Little Rock HQ. Now, weeks later, the errors are actually getting worse–so bad that a campaign aide told us to check the Clark Web site for regular corrections. Really. The latest examples: Just last week, the campaign got the days of the week wrong. And when it announced an economic plan that will save “$2.35 million” over 10 years, our reporter, Suzi Parker, called to suggest that it sounded like chump change. A staffer said the release should have said “$2.35 billion.” Bad? The final version read “$2.35 trillion.” Unfair nit-picking? Yes, says Clark’s Chris Lehane, who noted we once sinisterly had him in Little Rock following a staff purge hours before he actually got there. At least we got the address right.

Somewhat odd, I’ll admit. What’s strange is that one could excuse these sort of gaffes from Clark himself–his lack of political experience is one of his assets, really–but he has assembled a team of seasoned politicos from the Clinton and Gore teams to run his operation.

Mickey Kaus also has a piece on Lehane’s alleged incompetence, as does Ogged. 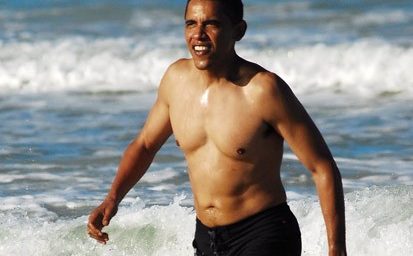