West Wingization of the West Wing

Senior staffers are already leaving the Obama administration due to burn-out. But are 18-hour days really necessary for running the White House? 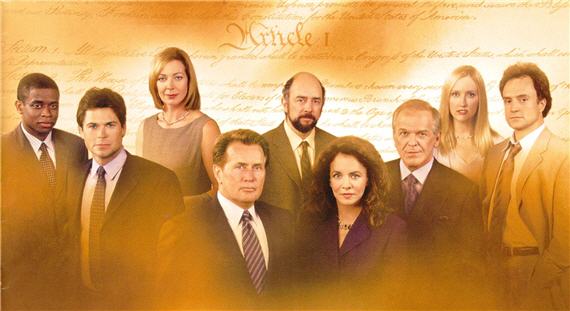 NYT features the plight of those who work for the president in a story titled “The First Wave of Weary Aides Heads for the Exits.” Here’s the lede:

“I got to the point where I was almost traumatized by how hard I was working and how much stress I was feeling all the time,” Ms. Douglass recalled.

When she resigned, she said: “I felt like a real burden was lifted from my shoulders. I was really surprised how exhausted I was when I left.”

Even in calmer times, the White House is a pressure cooker that can quickly burn out the most idealistic aides, but it may be even more so in an administration that inherited an economic collapse and two wars — and then decided to overhaul the nation’s health care system for good measure. Add to that the nonstop, partisan intensity of the e-mail-Internet-cable era, and it takes a toll.

White House officials show up for work at 7 a.m., go home at, say, 8 p.m. and find themselves on e-mail until they fall asleep, often six or seven days a week. Mr. Orszag told friends that he felt liberated now having only one BlackBerry.

“I was never off my BlackBerry — ever,” said Ms. Douglass, who was spokeswoman for the health care drive. At dinner, even with her husband, she would sneak to the bathroom or keep it in her lap. “It was just the three of us — him, me and my BlackBerry. I felt like I was losing friendships.”

Dan Drezner thinks this all a blinding flash of the obvious but still thinks it’s a bad system.

Executive branch burnout is a bipartisan phenomenon, and as the article notes, the real-time news cycle is only making things worse. This is particularly true on the foreign policy beat. Even if it’s 3 AM in Washington, it’s 6 PM somewhere else, and someone is doing something that will require an American response.

On its own, this phenomenon wouldn’t be that big of a deal — indeed, some personnel churn is likely a good thing, prevents groupthink and all that.  The problem is that this trend is intersecting with another one — the increasing length of time it takes to appoint and confirm high-level personnel.  With greater fixed costs involved in vetting and sheparding people through the confirmation process, presidents will be exceedingly reluctant to let these people go, which means that many of them will stay on for longer than perhaps they should.

There’s no magic bullet here, but it’s a problem that’s going to fester until some cabinet official decides that they’ve had enough and goes down the emergency chute.

No doubt.  But I wonder how much of this is the necessary rigor of the job and how much is a self-fulfilling prophecy.

Some of this is, I think, a spillover from the “West Wing” television program.  It reinforced the mindset that, if you weren’t killing yourself, you weren’t working hard enough.   And it’s just nonsense.

National Security Advisor Jim Jones was getting sniped at in the press by subordinates annoyed that he clocked out at a reasonable hour most nights and had the temerity to go for a run during his lunch breaks.  His retort, basically, was that anyone working 12 hour days was probably pretty inefficient.

I’m with Jones (disclosure: formerly my boss’ boss).   Sure, there are legitimate crises that require burning the midnight oil.  But, contrary to the mythology of Washington, every damned thing isn’t a crisis.

But, alas, we have a mutually reinforcing arms race where staffers compete with one another to see who can get in earliest and stay latest.  And the culture also dictates that, if the boss is there, no one else can go home.  That, even if the thing the boss is doing doesn’t require additional staff support.

The upshot of all this isn’t just burnout but bad decision-making.  We’ve known for decades from studies of military performance that leaders actually need more rest than their subordinates, even though all the pressures are in the other direction.   But a soldier can march for two days without sleep and still fire his weapon effectively, so long as he doesn’t do it too often.   A tired leader, meanwhile, starts making worse decisions pretty quickly.

One wonders, too, whether this doesn’t all contribute to the culture of incivility that everyone is always going on about.   If everyone’s tired and grumpy and stressed out all the time, it’s hard to be cordial.

Blackberry To Be Sold To Private Investor For $4.7 Billion