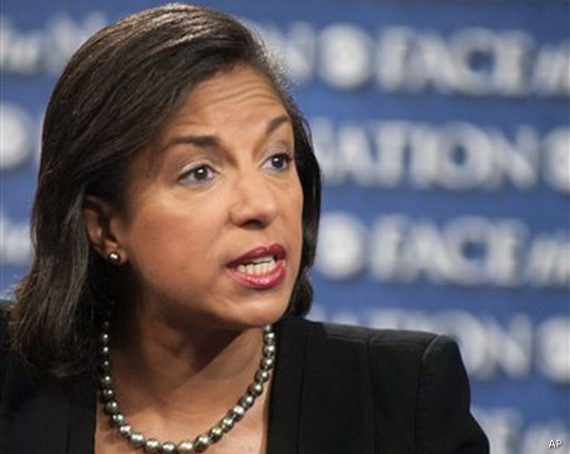 In this image provided by CBS, Susan Rice, U.S. ambassador to the U.N. speaks on “Face the Nation” in Washington, Sunday, Sept. 16, 2012. A deadly assault on a U.S. consulate in Libya was a spontaneous reaction to an anti-Muslim video, the Rice said Sunday, even as Libya’s president insisted the attackers spent months preparing and carefully choosing their date – the anniversary of the Sept. 11 terrorist attacks. (AP Photo/CBS News, Chris Usher)