What Every School District Needs…

The six-wheel Caiman MRAP has an official value of around $733,000. But the San Diego school district paid only about $5,000 to transport it, according to inewsorce.org, a website that partners with NPR member station KPBS.”

Even if one takes at face value the notion that this is just the district taking some free stuff from the feds that they will never really use, it is a sad commentary that the gift that the district is getting isn’t educational materials worth roughly three-quarters of a million dollars, but rather a mine-resistant vehicle.

FILED UNDER: Education, US Politics, NPR 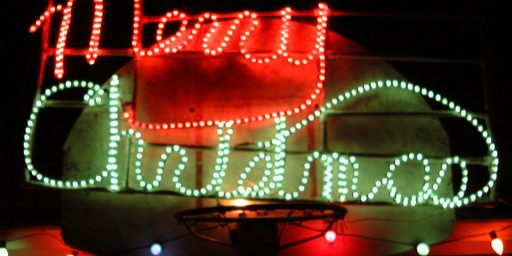