Via ABC News:  Mimes Hired to Act Like Traffic Cops in Venezuela.

About 120 mimes were dispatched into the chaotic traffic capital of Caracas to wag their fingers and silently shame lawless drivers, according to the Associated Press.  Newly-trained mimes, dressed in clown-like costumes complete with face paint and white gloves, descended on busy intersections in the city’s eastern district of Sucre starting last week, and urged pedestrians and drivers to obey traffic rules.

Some silently mocked drivers, miming to those behind the wheel to buckle up, or gestured to motorcyclists to stop at the red light in front of them. Others chastised jaywalkers or helped pedestrians cross the street.

The Bogotá, Colombia municipal government tried this back when I lived in the city in 1995.

The amazing thing is:  it worked. 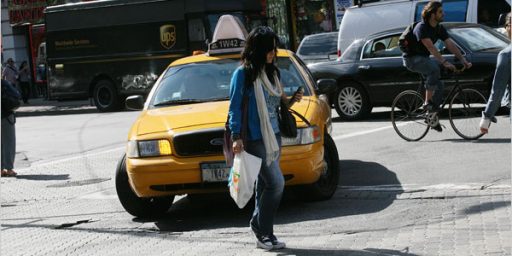