Where The World’s Drinkers Are

Via Business Insider comes this chart showing per capita consumption of alcohol around the world: 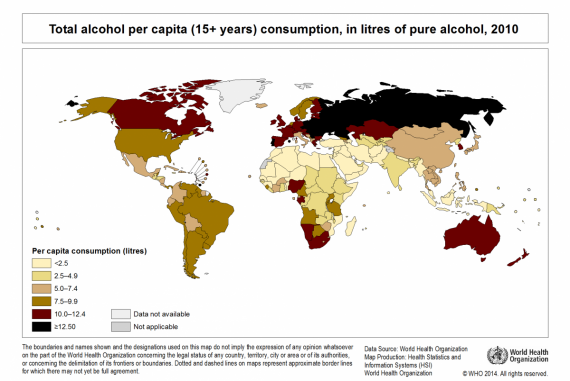 The fact that Russia and much of Eastern Europe are at the top of the list isn’t too surprising, of course, although it is odd to see Finland and Portugal there. What’s perhaps most interesting is that the United States ranks behind Canada, Australia, and most of Europe.