Which Founding Father Are You? 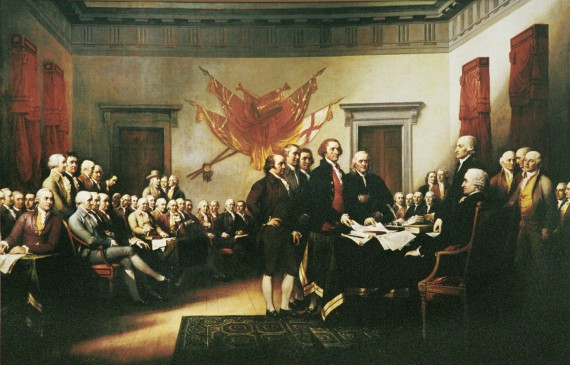 This “Which Founding Father Are You?” game is going viral via Twitter.

But the point isn’t—or shouldn’t be—about the Founders themselves. Rather, it’s that 1776 was a really, really long time ago.  I was born 189 years later and  remember America’s Bicentennial clearly. Our social values on gender, race, sexuality, and all manner of other things have evolved radically in my memory. Things that card-carrying liberals believed in 1976 would get a Tea Party Republican excoriated today. Times change.

The lesson isn’t that the Founders were bad men who believed bad things–although I suppose some were and did. Rather, it’s that we shouldn’t hold up even the best and brightest of 1776 as the eternal fount of all wisdom.