European leaders have put another Band Aid on the Greek sovereign debt crisis while America's leaders are trying to stave off a self-inflicted financial default. 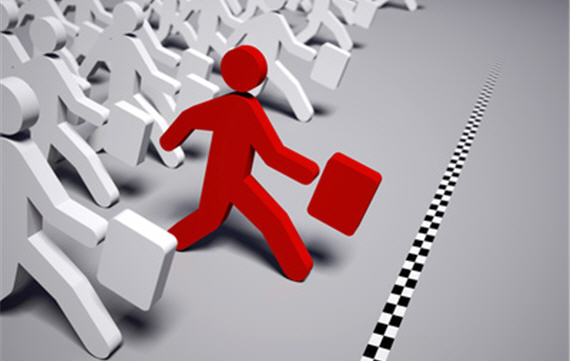 European leaders have put another Band Aid on the Greek sovereign debt crisis while America’s leaders are trying to stave off a self-inflicted financial default. Meanwhile, pundits are credulous that the leaders won’t actually lead.

Daniel Drezner notes that this affliction is especially strong among his fellow foreign policy wonks:

To those who seek to define and distill the national interest, the notion that factions or parties can get in the way of the common good is very, very frustrating.  This is why, whenever gridlock breaks out in Washington, there is a spasm of caterwauling from prominent foreign policy thinkers that Something.  Must.  Be  Done.

Quite frequently, that “something” is a policy solution that, while of enormous appeal to, say, Tom Friedman or Fareed Zakaria, has zero chance of getting enacted into policy. Politicians aren’t wonks but rather representatives of constituents who need to please said constituents in order to keep their jobs.

I would go one step further and suggest that one of the key problems for scholars who want to be relevant for policy debates is that we tend to make recommendations that are “incentive incompatible.” I love that phrase. What is best for policy may not be what is best for politics, and so we may think we have a good idea about what to recommend but get frustrated when our ideas do not get that far.

Lots of folks talking about early warning about genocide, intervention into civil wars and the like blame “political will.” That countries lack, for whatever reason, the compulsion to act. Well, that is another way of saying that domestic politics matters.

And, I would add, it should. While we should expect leaders to stand up for what they believe is right, even at the cost of losing elections, when the nation’s physical or financial security is truly at stake, they generally should be expected to represent the best interests of their constituents.

“Doing what’s right for the country” and “Doing what Tom Friedman thinks best” are not necessarily synonymous.

The United States has a system that was deliberately crafted to balance provincial interests against one another and to make it very difficult to pass national policies that did not enjoy broad, sustained national support. The president is more-or-less elected by the country as a whole but has relatively little power over the domestic agenda. The House of Representatives is comprised of 435 Members, each representing a distinct geography and set of people, and stand for re-election every two years.  Each of the 50 states gets two Senators, each elected to six year terms with a third of the body standing for re-election each two-year cycle. Add in various constraints on majority rule such as the filibuster and holds, and it’s a wonder anything gets done at all.

The EU is a different animal still. As far as it has come since its founding in 1993—to say nothing of the half century since its predecessor organizations were formed—the fact of the matter is that it is still a creature of its 27 member states. While it constitutes the world’s largest economy and sits on several major international institutions, it remains something less than a confederation in terms of central power.

My colleague Fran Burwell notes that the EU’s action in the Greek crisis has followed its “typical pattern” of waiting for a crisis to emerge to act and even then making no decision for too long while consensus is formed. But, given that “Europe” remains an aspiration as much as a reality, I would argue that it’s quite remarkable how well its leaders have come together and act to save Greece and the other PIIGS despite enormous political pressure against doing so in the face of austerity measures in their own economies.

The American case is more frustrating because, as Steven Taylor points out, it’s entirely manufactured.

Alas, this simple step is, to use Saideman’s phrase, incentive incompatible for many Republicans, particularly in the House. Those who rode the Tea Party wave to power in 2010 are under enormous political pressure to vote against a debt ceiling increase. And many of them apparently don’t believe the dire threats from economists about what default would mean. Still, it would take only 25 of 240 Republicans to join the 193 Democrats and avert a completely unnecessary crisis.

This isn’t a pie-in-the-sky wish for the two parties to put aside the philosophical differences that made them form different parties to begin with, or for politicians to put aside their re-election issues for some reified “good of the country. It’s a call for not driving the car off the cliff when there’s universal consensus that it’s a bad idea and no obvious political or institutional rationale for doing it.