Why Pope Benedict is Resigning

Pope Benedict XVI explains that he's just too sick and tired to stay on as pontiff. 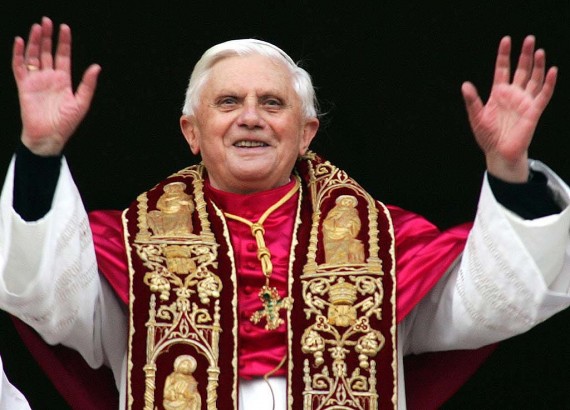 Most of us woke this morning to the shocking news that Pope Benedict XVI was resigning as head of the Roman Catholic church. Considering that Vicar of Christ is traditionally a position one holds for life, we all wondered what could have prompted the move. His explanation in full, via a note to the College of Cardinals:

I have convoked you to this Consistory, not only for the three canonisations, but also to communicate to you a decision of great importance for the life of the Church. After having repeatedly examined my conscience before God, I have come to the certainty that my strengths, due to an advanced age, are no longer suited to an adequate exercise of the Petrine ministry. I am well aware that this ministry, due to its essential spiritual nature, must be carried out not only with words and deeds, but no less with prayer and suffering. However, in today’s world, subject to so many rapid changes and shaken by questions of deep relevance for the life of faith, in order to govern the bark of Saint Peter and proclaim the Gospel, both strength of mind and body are necessary, strength which in the last few months, has deteriorated in me to the extent that I have had to recognise my incapacity to adequately fulfill the ministry entrusted to me. For this reason, and well aware of the seriousness of this act, with full freedom I declare that I renounce the ministry of Bishop of Rome, Successor of Saint Peter, entrusted to me by the Cardinals on 19 April 2005, in such a way, that as from 28 February 2013, at 20:00 hours, the See of Rome, the See of Saint Peter, will be vacant and a Conclave to elect the new Supreme Pontiff will have to be convoked by those whose competence it is.

Dear Brothers, I thank you most sincerely for all the love and work with which you have supported me in my ministry and I ask pardon for all my defects. And now, let us entrust the Holy Church to the care of Our Supreme Pastor, Our Lord Jesus Christ, and implore his holy Mother Mary, so that she may assist the Cardinal Fathers with her maternal solicitude, in electing a new Supreme Pontiff. With regard to myself, I wish to also devotedly serve the Holy Church of God in the future through a life dedicated to prayer.

So, basically, he’s too damned old and tired to carry out what must be exhausting duties. But that didn’t stop his predecessor, John Paul II, who spent the last several years of his papacy suffering from Parkinson’s disease and barely able to function. While that’s the traditional route, Benedict’s choice strikes me as much more logical.

As the NYT notes, “The last pope to resign was Gregory XII, who left the papacy in 1415 to end what was known as the Western Schism among several competitors for the papacy.”