Basically, you can blame 19th century modes of transportation:

It’s Tuesday — exactly two weeks out from Nov. 6, Election Day. Why is voting day for American federal elections always a Tuesday? The answer is a bit obscure and has to do with buggies.

The story starts all the way back with the Founding Fathers. “The Constitutional Convention just met for a very brief time during the summer of 1787,” Senate Historian Don Ritchie says. “By the time they got finished they were exhausted and they hadn’t made up their minds on a lot of things.”

They were pooped. So they left the question of when federal elections should be held undecided. Without that laid out, states were left to set their own voting dates, which meant several decades of electoral chaos. Ritchie describes it as a “crazy quilt of elections” held at all different times, all over the country.

Finally, in 1845, Congress decided to get things under control. Ritchie says lawmakers reasoned that Monday was out because (this is where the buggies come in) people would have to travel to the polls in their buggies on Sunday, the Sabbath. And in a mostly farming society, Wednesday wouldn’t work because that was often market day.

So, Tuesday was the day, and that seemed to work great for 19th century voters. “In the 1840s, elections were a big to-do — there was a lot of hoopla, there were parades,” Ritchie says. “Whole families would come on wagons from the farms; people would get dressed up for the occasion.”

Though the America of buggies and markets has long since given way to minivans and supermarkets, Tuesday remains the day we vote.

That made sense back then, but I’m not sure it makes sense now. 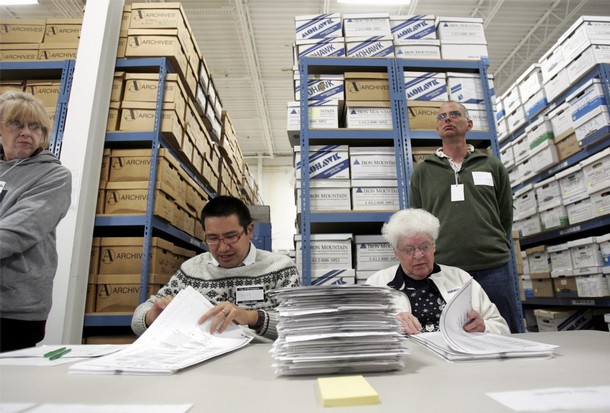