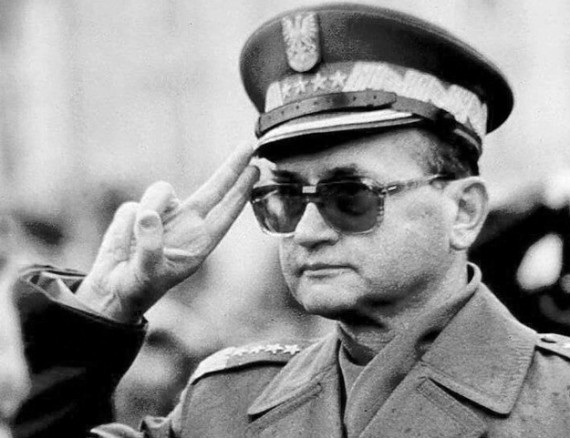 General Wojciech Jaruzelski, the last Communist leader of Poland who presided over the rise of the Solidarity movement and cracked down against it only to see it re-emerge and push him out of power, has died at the age of 90:

Gen. Wojciech Jaruzelski, the last Communist leader of Poland, who sent tanks to crush Solidarity’s stirrings for democracy in 1981 and later went on to preside over the death of the system that nurtured him, died on Sunday in Warsaw. He was 90.

The cause was complications of a stroke he suffered in early May, officials at the Military Medical Institute in Warsaw said in a statement. He had spent many of the last months at the institute, where he had also been treated for cancer.

Gen. Jaruzelski led a government that was deeply unpopular in Poland through most of the 1980s. For decades before that, as a career officer and party official, he dutifully worked to entrench Soviet-directed Communism in Poland, an effort that even Stalin, its instigator, recognized as futile, likening it to “putting a saddle on a cow.”

On Dec. 13, 1981, the dour general with the tinted glasses, weak jaw and ramrod posture set in motion events that would earn him a villainous place in history.

On that night, as most Poles slept, he declared martial law and ordered troops to suppress the powerful Solidarity trade union movement, whose demands for greater freedoms were alarming politburos from East Berlin to Moscow.

“Our country is on the edge of the abyss,” he proclaimed at 6 a.m. that Sunday morning in an address to the nation as soldiers fanned out. “Strikes, strike alerts, protests have become standard. Even students are dragged into it. There are more and more examples of terror, threats, mob trials and direct coercion. Crimes, robberies and break-ins are spreading like a wave through the country.”

Gen. Jaruzelski (his full name is pronounced VOITS-yekh yaroo-ZELL-skee) complained that his government had shown too much good will, tolerance and patience toward Solidarity. “How long can one wait for a sobering up?” he asked.

He did not say at the time, as he would later, that he had been under great pressure from the Soviet general secretary, Leonid I. Brezhnev, to curb Solidarity and its threat to the Communist system, nor that Gen. Viktor G. Kulikov, the Russian commanding officer of the Warsaw Pact forces, was in Warsaw that very moment.

The Washington Post’s obituary picks up the tale:

The leaders of Solidarity were arrested and put in detention camps. Public gatherings were banned. A curfew was imposed, and censorship was restored.

But Gen. Jaruzelski’s attempt to revive the Polish economy failed. By 1988, strikes were again spreading. His government opened secret talks with Solidarity in an attempt to quell the unrest. The trade union demanded legal recognition.

Formal negotiations — known as the Round Table Talks — opened in 1989. The government agreed to elections, and Solidarity won every seat it was allowed to contest in the lower house of parliament and all but one in the Senate.

The system was doomed, and, with the reformist Soviet leader Mikhail Gorbachev in the Kremlin, there was no one willing to fight its collapse. By August 1989, Poland had a non-communist prime minister — appointed by Gen. Jaruzelski, who had become the Polish president by a vote of parliament the previous month. The Berlin Wall fell several months later.

Gen. Jaruzelski stepped down as president in 1991, and Walesa won the succeeding election.

For the past two decades, Gen. Jaruzelski was the subject of several attempts to prosecute him. In 2011, a court finally ruled that the elderly former general, who was battling cancer, was too ill to stand trial on charges of leading an “armed criminal gang” responsible for the imposition of martial law and for the shootings in 1970.

He was visited in the hospital in 2011 by Walesa, with whom he had found some measure of reconciliation. The meeting was private, but on his Web site, Walesa posted the message “Get well, General.”

For something that only happened 30 years ago, the events that defined Gen. Jaruzelski’s legacy seem like that happened in a different world.
FILED UNDER: Democracy, Obituaries, Berlin, cancer, censorship, Communism, elections, Poland, protests, Washington Post 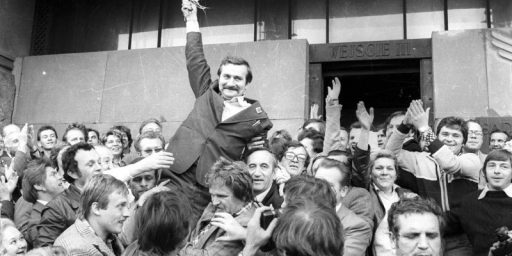 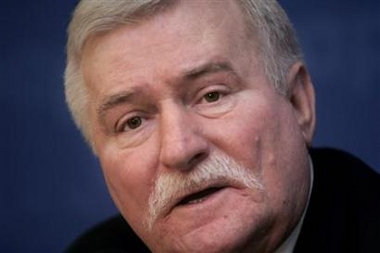