A college student died Thursday after suffering a head injury in a clash between police officers and a crowd of Boston Red Sox fans who poured into the streets outside Fenway Park to celebrate their team’s victory over the Yankees. Victoria Snelgrove, a 21-year-old journalism major at Emerson College, was among 16 people hurt in the revelry. The injured also included a police officer. Most of the injuries were minor, but Snelgrove suffered a severe head wound as police tried to subdue the crowd, authorities said. Mayor Tom Menino told WBZ-AM that she was struck by a “non-lethal weapon,” but he did not elaborate. David Procopio, a spokesman for the district attorney, said the office is investigating whether the student’s injuries “were sustained in any way during crowd control measures.”

Eight arrests were reported during the Boston celebration. The crowd set several small fires and numerous fights broke out, police said. Elsewhere, 29 people were arrested at the University of Massachusetts at Amherst after revelers threw beer cans and flaming toilet paper at police. And at the university’s Dartmouth campus, about 2,000 people had to be dispersed by police using stun grenades. In New Hampshire, police made about 15 disorderly conduct arrests as crowds swarmed the campus of Plymouth State University and surrounding neighborhoods. 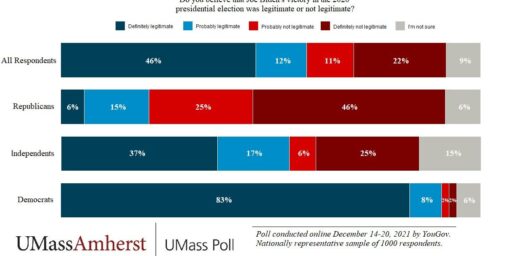 The Big Lie is Working