Richard Cohen laments recent revelations that President Harry Truman uttered anti-Semitic remarks, but believes Truman’s courageous recognition of Israel and his treatment of Jews personally counterbalances his private utterances. This causes him to muse about the modern press:

Truman instructs. The contemporary world is unforgiving of the blurted remark, the tossed-off opinion. We make little distinction between the private thought and the public action — between secretly acknowledging prejudice and refraining from acting on it. We are so enthralled with a simpleton’s version of Freud that we believe the word or the phrase is the window to the psyche or the soul — the Freudian slip that reveals all. 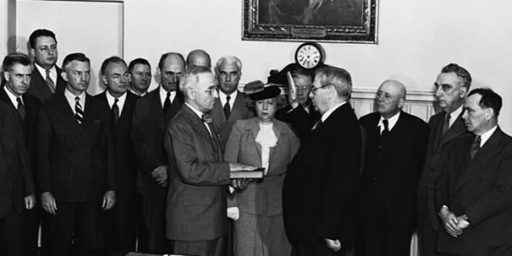