Last night's preseason opener between the Dallas Cowboys and the Cincinnati Bengals was the worst sports broadcast I've ever seen, barring any recent Olympics. 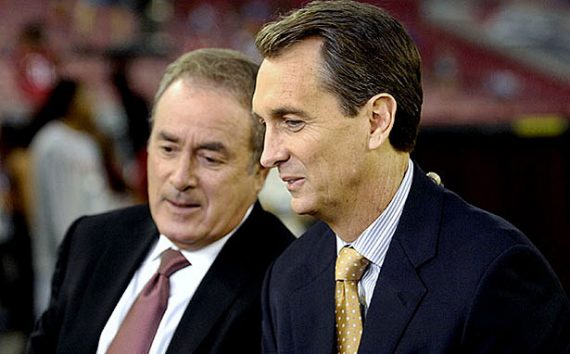 Last night’s preseason opener between the Dallas Cowboys and the Cincinnati Bengals was the worst sports broadcast I’ve ever seen, barring any recent Olympics.  But the latter are a two-week extravaganza trying to make people interested in sports they see only every four years, whereas NFL football is the most popular spectator sport in the land.

Al Michaels and Cris Collinsworth are above average announcers and they were perfectly fine last night, given what they had to work with.  This isn’t a Dennis Miller or Bryant Gumbel situation.

So, rather than focusing on what one typically sees in an American football telecast — scenes of men playing football — the producers kept the game action to a minimum and instead spent most of the evening having some old woman interview men who used to play football back when she wasn’t so damn old.

Yes, this was the Hall of Fame Game, which coincides with the enshrinement of this year’s group into Canton.   And I’m happy to reminisce about Jerry Rice and Emmitt Smith and some old timers who played before I was watching the game.  But not during game action!   And especially not during the part of the game where the starters — whom we haven’t seen in eight months! –are on the field.

Back in the old days, the announcers would have had them in the booth during halftime.   Because they’re not playing football then!

Now, though, everybody has to have a sideline reporter.  I don’t know why.  Sideline reporters are, without exception, annoying.    A handful of them are at least hot, but they’re dressed conservatively enough that it doesn’t come close to making up for their annoyingness.